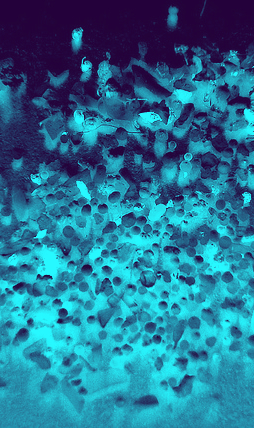 Traces of everyday soaps, shampoos and fragrances have been detected in Antarctica, and their source could be sloppy scientists.

At New Zealand's Scott Base and the United States' McMurdo Station, sewage sometimes goes down the drain and straight to seawater without being treated.

Other wastewater outlets are treated, but traces of active ingredients were detected up to 25km from where the waste matter was discharged from the treatment plants.

The investigating team says it is possible that the aquatic food chain could be exposed to micropollutants by predators consuming contaminated fish.

According to some sources, teams have now embarked on the first ever study of the presence of PPCPs and steroid hormones in Antarctic seas.

There is plenty of concern about the possible risks of these substances in the environment, with a recent study in Spain stating that pollutants in aquatic areas are responsible for the feminisation of fish in regions along the Basque coast.

Now that they have turned up even in Antarctica – one of the world’s most remote regions – experts say inefficient wastewater treatment and improper disposal of PPCPs must be stopped.