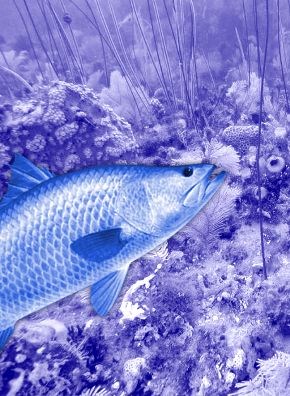 The iconic Great Barrier Reef could have a new counterpart, with the discovery of a large coral community in the waters south of Melbourne.

A deep-sea drone has been sent down to depths of around 100 metres by Parks Victoria to explore sea life in Wilsons Promontory National Park.

“The maps identified some amazing underwater structures very deep beneath the ocean, but we did not know what sort of marine life was there,” he told the ABC.

“These latest expeditions used cutting-edge technology, including underwater video cameras and a robotic vehicle to record the spectacular marine life found in many of the deeper areas of the park for the first time.”

It also caught glimpses of fish considered rare to Victoria, like Australian barracuda and longsnout boarfish.

The discoveries were beyond the expectations of many scientists involved, Parks Victoria said.

“The resulting footage shows that the deep reef habitats are teeming with life and are home to rich and abundant marine ecosystems that are comparable to Australia's better-known tropical reef areas,” Dr Howe said.

“The extent and abundance of spectacular sponge gardens and corals is a particularly exciting find.”