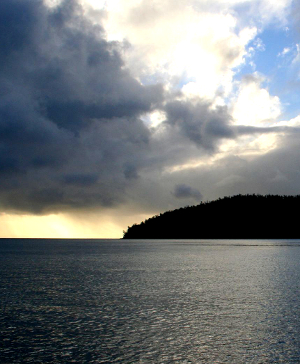 A new study fleshes out the relationship between a changing climate and tropical storms.

Some of the world’s most intense thunderstorms occur in the tropics and subtropics but until now the relationship between such storms and climate change has been uncertain.

A new analysis of climate-change predictions suggests that the frequency of severe thunderstorms is likely to increase as the planet warms in tropical and subtropical regions.

“The question of whether the frequency of severe thunderstorms would increase as the planet warms has always been challenging,” says lead researcher Dr Singh, from the Monash School of Earth, Atmosphere and Environment.

“It is challenging because our tools - global climate models –are not detailed enough to analyse individual thunderstorms.

“But in our study we changed tactics and instead used global climate models to predict changes in the potential energy available to thunderstorms in response to rising greenhouse-gas concentrations.”

The researchers found that the average amount of potential energy available on the highest-energy days was likely to increase over time in the tropics and subtropics.

“We also show that an important process that allows this potential energy to build up in the atmosphere is related to the mixing of air between clouds and their environment,” Dr Singh said.

As the climate warms, this mixing mechanism becomes more efficient in generating potential energy, accounting for the increase seen in climate-model predictions.

The mixing hypothesis also suggests that the highest values of potential energy occur on days when the humidity of the atmosphere is relatively low, and this was the case in observations of the tropical and subtropical atmosphere.

“Our predictions suggest that the frequency of conditions favourable to severe thunderstorms will increase markedly as the climate warms,” Dr Singh said.