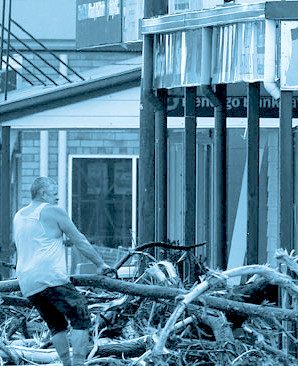 The Queensland Government is helping cover cyclone-prone parts of the state.

The state has announced a new program to help cyclone-prone communities in North and Far North Queensland reduce the impact of natural disasters and cut the cost of insurance for residents.

Under the program, $10 million will be made available to councils in cyclone-prone areas with population centres within 50 kilometres of the coastline. This includes 33 councils from Bundaberg to the Northern Territory border, as well as Weipa Town Authority.

Deputy Premier and Minister for the Queensland Reconstruction Authority, Steven Miles, says eligible councils could apply for up to $2 million through the North Queensland Natural Disasters Mitigation Program.

Local Government Association of Queensland (LGAQ) CEO Alison Smith says the program is a positive step towards eligible councils reducing their disaster risk and, in turn, lowering the cost of insurance for locals.

She said the LGAQ vigorously supported North Queensland Mayors, including Townsville Mayor Jenny Hill and Whitsunday Mayor Andrew Willcox, in their campaign on behalf of a region that endures unreasonably high insurance costs.

“These measures promise some overdue relief for a region where the average premium for combined home and contents insurance is almost double that for the rest of the nation,” Ms Smith said.