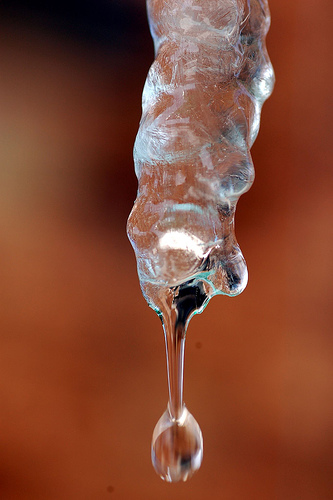 The Australian Alps may suffer from a loss of snow and surrounding regions could endure flooding as climate change supercharges phenomena known as ‘atmospheric rivers’.

“Atmospheric rivers are long, narrow regions of high moisture content in the lower atmosphere that transport most of the water vapour from the tropics to the sub-tropics and midlatitudes,” Professor McGowan says.

“As the name suggests, they’re like large rivers in the sky, often extending over thousands of kilometres, and as the climate warms, the intensity of these events is predicted to become more extreme and frequent.

“Climate change means more rain on the snowpack, and increased snowmelt in these regions.

“Because of the fragile nature of the marginal Australian snowpack, even the smallest increases in energy from rain-on-snow events can trigger rapid snowmelt, sometimes leading to severe flash flooding.”

While atmospheric rivers can be vital in bringing rainfall and at times breaking droughts, their increasing unpredictability places communities around the globe and hundreds of billions of dollars’ worth of infrastructure at risk.

As the rate of global warming hastens, snow-covered areas in Australia and abroad could take on a completely different complexion by 2050.

“Because snowpacks are being forced upslope, and winter-time precipitation is declining, we’ll see quite drastic reductions in the length of the Australian ski season, which will become very reliant on man-made snow,” Professor McGowan said.

“Areas such as western United States will be similarly affected, as atmospheric rivers have a huge impact on the seasonal snowpack in those regions.

“This has already been shown to result in significant snowfalls at higher elevations, and unexpected and sometimes catastrophic flooding events, which cost the region up to $1.1 billion US annually.”

Professor McGowan said the future of Australian Alps hangs in the balance, and hinges on a variety of factors.

“Collectively, these factors may lead to more fleeting snow cover in the Australian Alps by 2050 or even sooner.”

His study is accessible here.