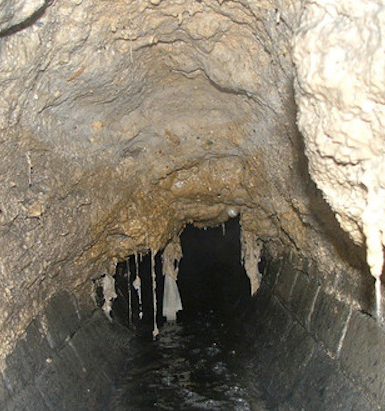 Authorities are paying millions each year to clear blockages caused in part by ‘flushable’ wipes.

In Queensland, scientists are testing the flushability of 13 brands of wipes at a 1.2 kilometre-long test sewer at the Luggage Point Resource Recovery Centre in Brisbane.

The testing will inform Australia's first National Standard for “flushable” wipes, and a potential tick of approval for the packaging of successful brands.

Colin Hester from Queensland Urban Utilities is leading the trial, and says the claims made by many popular brands are not standing up.

“We would say none of them perform well enough to say flush them,” he told the ABC.

“All wipes seem to be quite resilient.

“A key test is the ability of the wipe to break down or disperse in the sewer, so it doesn't cause blockages and it's that test we're working on at Luggage Point.”

Queensland authorities say there were 3,500 blockages in their system each year, and wipes are a big contributing factor.

The Australian Competition and Consumer Commission recently lost a Federal Court case against Kimberley-Clark, arguing the company claimed its Kleenex Cottonelle wipes were flushable when they were not.

The Federal Court ruled the wipes were an “insignificant risk”. The consumer watchdog is appealing that decision.