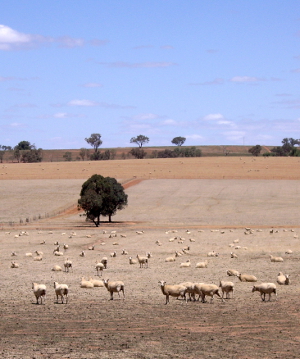 The commodity forecaster says Australia’s water market could cope with another big drought.

The Australian Bureau of Agriculture and Research Economics and Sciences (ABARES) has assessed potential market reactions to a repeat of the 2008 peak of the millennium drought.

The analysis focused on the southern Murray-Darling Basin region.

ABARES executive director Dr Steve Hatfield-Dodds says prices would likely remain around the same levels in such a scenario, despite over 2000 Gigalitres (GL) of water entitlement recovered for the environment under the Murray Darling Basin Plan.

“At the same time, there have been large changes in the irrigation sector, including expansions in almonds in the Victorian Murray and cotton in southern NSW,” he said.

“Despite this, ABARES modelling suggests that under a repeat of the Millennium drought, basin water market prices would be no higher than the peaks observed in the 2006-07 to 2008-09 drought.”

The analysts have plotted several changes to the market since the drought, including an increase in nut and cotton crops.

But ABARES director of climate and water economics, Dr Neal Hughes, says this increased water use has been offset by declining use in other areas.

“In total, we do not really see a big increase in demand in aggregate. What we do see is basically a shifting around of demand,” he said.

“It is always possibly to have a drought that is worse than what we had previously. What we are saying is if we had a drought of an equivalent magnitude, we do not think prices would get any higher than what they were.”

Victoria and South Australia have introduced carryover rules that allow the storage and use of excess water for future years.

Dr Hughes say this has helped.

“That basically allows them to prepare for drought, to put more water away in the wet years, and have it there in storage ready to help out if we had another drought,” he said.

The full report is accessible here.