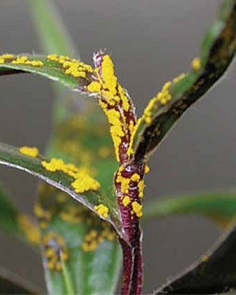 With exports on the rise and a huge government focus on infrastructure and transport, it would stand to reason that securing borders from invasive diseases and destructive life-forms has become more important than ever – but regardless, the Federal Department of Agriculture is looking to shed over 200 biosecurity staff.

A leaked memo published by the ABC indicates that attempts to reduce staff numbers through natural attrition have not worked, and the Department will now move to voluntary redundancy offerings to make room in its budget.

The memo from department secretary Paul Grimes says front-line biosecurity officers may be the first to go.

“Offers will be made in Border Compliance Division in Canberra and the passengers, mail and cargo programs in the regions... analysis we've done and continue to do, including through the transition committees, will allow us to manage biosecurity risk effectively.”

“All governments impose efficiency dividends, we certainly did so as a government in very difficult global financial times,” Fitzgibbons said

“But we would never have taken a decision to cut frontline services that put at risk our clean green image as a food exporting nation.

A spokesperson for the Federal Agriculture Minister Barnaby Joyce has confirmed redundancies will be offered.

“The department has indicated the need for 220 voluntary redundancies in the coming months.”

National Farmers' Federation chief executive Matt Linnegar says: “Traditionally, quarantine measures have had a strong frontline focus, but there's also work done before and after the border too.”

“If the department and the Minister can say that this will not affect those risks in any great way, then people could understand that... if they're unable to do that then farmers will be asking questions.”