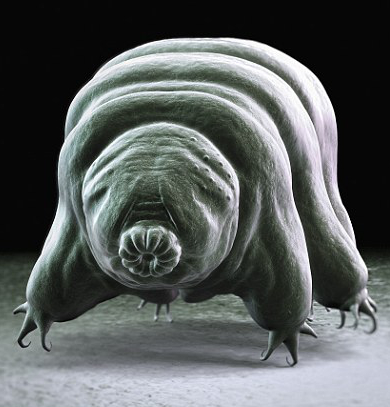 In a stunning display of the resilience of life, a small animal that was frozen solid for more than 30 years has been brought back to life and even produced new babies.

Japanese researchers revived a tardigrade (also known as a water bear) egg, which was collected and frozen in 1983.

Not only did the egg produce a healthy baby, it even went on to produce 14 of its own offspring.

While it is an exciting and highly unusual development, it possibly should not be all that surprising.

Recent studies have already shown that tardigrades can survive prolonged periods without food, they barely baulk at freezing and boiling temperatures, largely ignore intense ionising radiation, and can swim in the vacuum of outer space.

The tardigrade egg was collected from the Showa Station in Antarctica in November 1983, and was stored for 30 years and six months at -20 degrees Celsius.

Being frozen caused the collected tardigrades and eggs to go through ascryptobiosis – where in it completely shuts down all metabolic processes, including reproduction, development, and repair.

In March 2014, the team thawed out their tardigrades and see what happened.

“SB-1 first showed slight movement in its fourth pair of legs on the first day after re-hydration. This progressed to twisting of the body from day 5 along with movement in its first and second pairs of legs, but the movements remained slow,” the study says.

“After starting to attempt to lift itself on day 6, SB-1 started to slowly crawl on the agar surface of the culture well on day 9, and started to eat the algal food provided... in the culture plate on day 13.”

Unfortunately, SB-2 died, but SB-1 not only recovered after just a week, but managed to lay 19 eggs.

The researchers say fourteen of those have since hatched into perfectly healthy baby water bears.

A single frozen egg dubbed SB-3 demonstrated the incredible ability to hatch after three frozen decades of being frozen, and even more incredibly ended up laying 15 of its own eggs.

More details are available in the full study, published here.