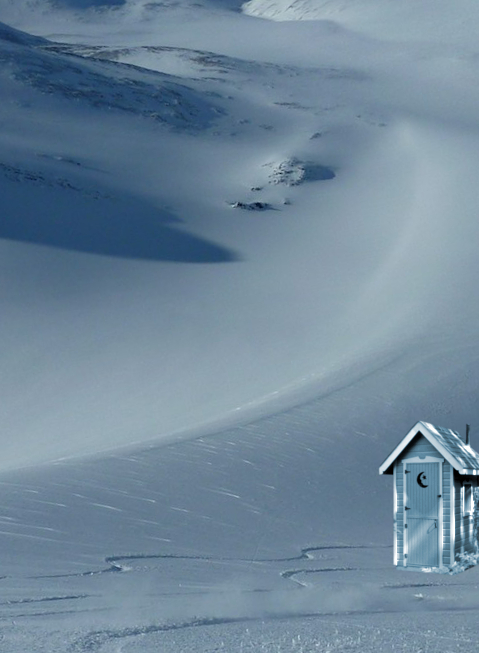 A high-tech sewage treatment plant will soon process waste at one of the most remote places on the planet.

Antarctica's coast and oceans are being contaminated with raw sewage from research bases, which pump waste directly into what was a pristine ecosystem.

Studies have shown that the researchers’ remnants are now affecting fish, seals, penguins and other marine creatures as far as 2km from their source.

Fish have been found with deformed gills and livers, and the ocean floor near the sewage pipe outlet now features a different set of wildlife to other areas.

Alarmingly, some seals and penguins have even shown signs of antibiotic resistance — something that only comes from human pollution.

So, Australia will soon send a world-first sewage treatment plant to the frozen continent in coming months.

Australian scientists pumped what is essentially pureed human waste – called ‘macerated sewage’ – directly into the sea between 2005 and 2013, after their treatment plant broke down.

While the broken unit has already been replaced, the new one will improve waste-processing at Australia’s Davis Station.

Meanwhile, dozens of other bases continue to have no treatment facilities in place.

The situation has left many wondering whether the Antarctic Treaty’s waste management standards should be improved.

At an upcoming meeting of Antarctic Treaty signatories in Chile, Australia will provide details on the plan to ship an advanced sewage treatment plant to Davis Station.

The Australian Antarctic Division has spent over five years developing and testing the specially-made plant in Hobart.

It can produce water good enough to drink, if the icy expeditioners are willing.

Professor Stephen Gray - director of the Institute for Sustainability and Innovation at Victoria University - is a leading designer of the advanced wastewater treatment plant.

He says having a new recycled drinking water supply would bring serious benefits.

“At the moment they desalinate water from a hypersaline tarn - so very salty water. It's cold so the amount of energy that they actually have to use to heat that water up before they treat it and then make it available for drinking is quite a lot of energy,” he told the ABC.

“So recycling the wastewater would probably save something like about 70 per cent of the energy used to make the drinking water down there.”

“There's very active discussion going on within the treaty at the moment looking at whether those minimum [sewage treatment] standards are sufficient and what those stations in Antarctica should move to,” he said.