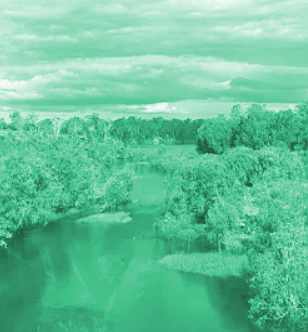 The NT Government has gone against expert advice and approved plans to double the size of the mining pit at Glencore's McArthur River Mine.

The NT Labor Government has approved Glencore's mining management plan, which will see it enlarge the mining pit and waste rock dump at the lead and zinc mine, which is located about 45 kilometres from Borroloola in the Northern Territory’s Gulf country.

The NT's Environment Protection Authority (EPA) recommended the approval, saying that the risk of further environmental damage would increase if the company left the site.

It pointed to risks including toxic chemicals burning in the mine's waste rock dump, which have previously sent plumes of sulphur dioxide across the Gulf country.

The mine's former owner Xstrata destroyed an important Rainbow Serpent dreaming when it diverted the McArthur River around a zinc lead ore body in 2009. These works were approved by then federal environment minister Peter Garrett.

But the EPA had previously found sites including the Djirrinmini waterhole could be damaged by the expansion.

Locals have deep concerns for the permanent spring-fed site, and a nearvy Aboriginal rock tool quarry.

The Government ignored the advice of its Aboriginal Areas Protection Authority (AAPA) in signing the approval. This was after the AAPA rejected Glencore’s application for an authority certificate to cover the proposed changes.

“The announcement was very sad for us — we have given [Glencore] a lot of chances to work with us but they haven't done it,” Mr Nunggamajbarr told the ABC.

McArthur River Mining says it will continue trying to work with AAPA to gain permissions.

NT law requires companies gain permission from the AAPA before they can damage or remove any sacred site.

“We are putting conditions there that say that they must get those clearances in order to go forward and do the development,” Ms Manison said.

Federal Labor senator Malarndirri McCarthy has criticised her Northern Territory counterparts for their handling of the matter.

“We've seen what happened with the Juukan Gorge and the absolute outrage not only amongst First Nations peoples but by all good, decent Australians who know that this is part of our collective history, the protection and preservation of those sites,” she said.

“It is no different to the McArthur River Mine, there are important, critical sacred sites there.

“The fact that the Aboriginal Areas Protection Authority was unaware that this decision was going to be made is clearly disappointing.

“I was the previous minister [overseeing the] Aboriginal Areas Protection Authority and would expect that there was some kind of cohesion in that process.”