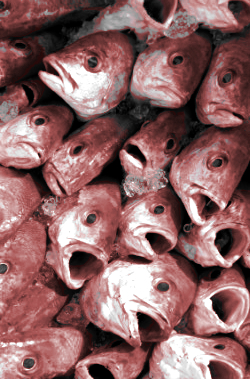 New analysis has shown that many of Australia’s favourite seafoods are unsustainably managed, and should be avoided by consumers.

A study by the Australian Marine Conservation Society for updates to its sustainable seafood guide will not be well received by large sections of the aquaculture and fisheries industries.

The study of the 11 most popular types of seafood on Australia dinner tables identified imported prawns, squid and octopus, blue grenadier, shark (flake) and snapper as seafood that should be avoided due to poor industry practices.

The sustainability guide ranks fish by their abundance, the impacts of the equipment used to catch them, the management of fisheries and the collateral damage caused to creatures such as dolphins and turtles in the process of catching the target species.

Three of the top five most popular fish received the strongest warnings in the AMCS guide, meaning the organisation thinks they should be boycotted entirely.

Some fish were given the green light by ACMS, including farmed barramundi, yellow fin bream, Spanish mackerel, Australian-farmed prawns and King George whiting.

There has been a trend in Australian seafood buying towards farm-grown fish, which in theory is a more easily sustainable practice, but several methods mean it can actually take a hefty toll on wild fish stocks too.

The marine campaigns officer at AMCS, Tooni Mahto, told reporters for Guardian Australia that the farm-fished trend could be a positive one. .

“Overall, there have been significant improvements in farming and the industry is improving its transparency due to the fact more people care about where their seafood comes from. So we’d applaud them on that,” she said.

“But there is still a lot of work to do. It still takes 2.5kg of wild-caught fish, to be used as fish food, to create 1kg of farmed fish. It’s also hard to tell what the long-term impact of fish farming is on the marine environment.”

“We hear a lot from the Australian government that all our fisheries are sustainable but it’s not fair to say that.

“We’ve got really significant issues in fisheries, especially with by-catch.

“Globally 25% of shark and ray species are threatened by extinction so our consumption of shark meat is propping up this decline.

“As an apex predator, sharks are crucial to the health of our oceans and we are still killing a lot of them with zero understanding of the impact that will have.

“Snapper is a victim on its own popularity on Australian tables, unfortunately. It needs strong management but because it’s so popular it has been hard to do that.

“Australians need to look at their choice of seafood now, if we are to provide the next generation with the fantastic choice of fish we currently have,” Mahto said.

The ACMC has provided the following vidoe on the Sustainable Seafood Guide.