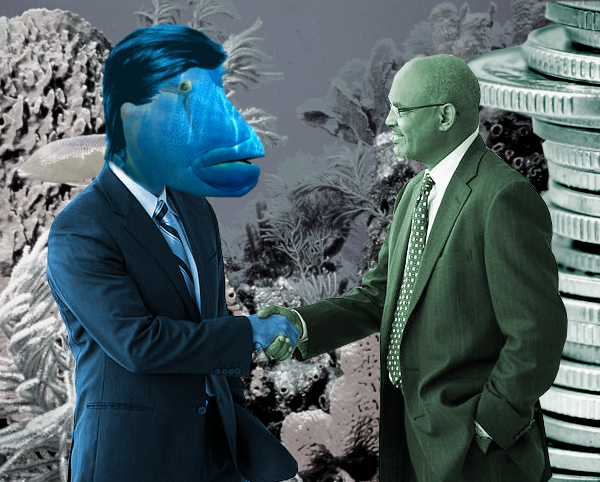 Major banks say they are not keen on Queensland coal port expansions, which are also the subject of a damning scientists’ report.

Four big US banks - Morgan Stanley, Citigroup, Goldman Sachs and JP Morgan Chase - have ruled out the chance of investing in a coal port expansion near the Great Barrier Reef.

“We do not finance natural resource projects within UNESCO world heritage sites unless there is prior agreement between both the government authorities and UNESCO that such operations will not adversely affect the outstanding universal value of the site,” a JP Morgan spokesperson told reporters for the Rainforest Action Network.

UNESCO has repeatedly raised concerns about the proposed Abbott Point coal port developments, but has also commented that the Australian Government can claim some progress on managing the reef.

Australian experts are less convinced, with authorities from the Academy of Science slamming the Abbott government’s 2050 sustainability plan, saying it failed to effectively address key pressures on the unique and fragile ecosystem.

They say the plan includes almost nothing in the way of protection or restorative measures, but instead proposes the construction of ‘mega’ coal ports.

“The science is clear, the reef is degraded and its condition is worsening,” Professor Terry Hughes said.

“This is a plan that won’t restore the reef; it won’t even maintain it in its already diminished state.

“It is also more than disappointing to see that the biggest threat to the reef – climate change – is virtually ignored in this plan.”

In its submission to the draft Reef 2050 Long-term Sustainability Plan, the Academy warned that it would fail to effectively address any of the key pressures on the Reef, such as climate change, poor water quality, coastal development and fishing.

Experts say the plan also does not address the fundamental governance issues for the reef, including conflict of interest issues and a lack of oversight.

There are many groups now standing in opposition to the massive coal industry expansion and lack of proper projections.

Analysis by Greenpeace (available here in PDF form) has found that if Queensland’s Galilee Basin coal mines reach full production and export via the ports, they would be responsible for 705 million tonnes of carbon dioxide emissions a year.

This is equivalent to 176 per cent of Australia’s 2010 emissions.

Given that much of the coal from the region will be exported to India by the Adani group, analysis by RenewEconomy says drops in solar power costs for that market make the ports less necessary as well.

A recent investigation by the Carbon Tracker Initiative found little reason behind putting money into coal.

“Those investors who have their wits about them are already pulling out of coal,” said researcher Luke Sussams.

“It would be madness to invest in a greenfield coal mine now.”