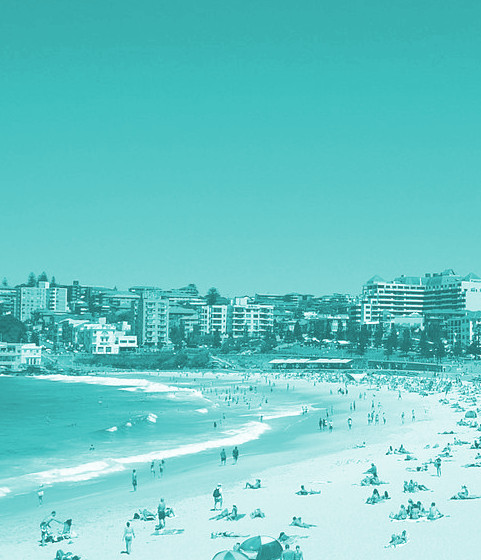 Experts say beaches can survive sea-level rises if they have space to move.

A team of experts has questioned recent research that suggested half the world’s beaches will disappear by 2100 because of global warming.

They say the key is whether there is room to retreat inland.

Recent studies have warned that half the world’s beaches could become extinct over the course of the 21st century and that Australia is one of the highest at-risk countries with 40 percent of its beaches threatened with extinction.

But more recent studies strongly disagree with this conclusion.

The academics from Australia, the United Kingdom, France, South Africa, New Zealand and the United States say it is impossible to make such global and wide-reaching predictions.

The team says there is potential for beaches to migrate landwards as sea levels rise and shorelines retreat.

If beaches have space to move into under the influence of rising sea levels – referred to as accommodation space – they will retain their overall shape and form but in a more landward position.

However, beaches backed by hard coastal cliffs and engineering structures, such as seawalls, are indeed likely to disappear in the future due to sea-level rise because these beaches are unable to migrate landward.

They will first experience ‘coastal squeeze’ resulting in a decrease in width and will eventually drown. This will occur on beaches like Collaroy and Wamberal in NSW.

However, beaches backed by low-lying coastal plains, shallow lagoons, salt marshes and dunes, which is the case with most Australian beaches, will migrate landward as a result of rising sea level.

In these cases, the shoreline will retreat, but the beaches are still likely to remain, albeit a little raised in elevation and located landward, and will certainly not go ‘extinct’.

Professor Andrew Short from the University of Sydney’s Faculty of Science has investigated all 12,000 Australian beaches.

“I have found no evidence of widespread erosion, let alone accelerated erosion of Australian beaches,” he says.

“As most have ‘space to move’, the vast majority should be able to slowly adjust and accommodate the rising sea level, definitely until 2100 and most beyond.”

While beaches might not commonly be threatened in Australia, the same cannot be said for coastal dwellings.

“In NSW hazard lines have been mapped for 2020, 2050 and 2100 on all beaches, so we know what to expect during extreme storm events as sea level rises,” Professor Short adds.

“These are reviewed every five years as more data becomes available, and submitted for review to the State government.”