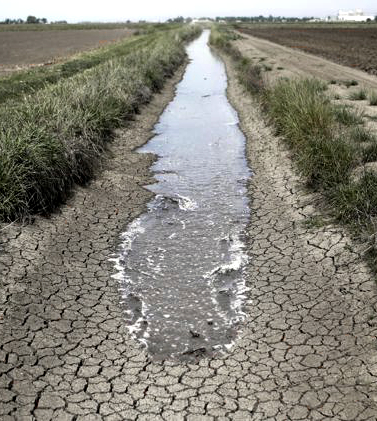 Reports published in Nature Communications this week used a new model to demonstrate how contaminated shallow water may flow into groundwater sources in cities and surrounding areas.

Many of the world’s largest cities are reliant on groundwater from aquifers that are over-exploited and threatened by contamination, but the effect of over-pumping of water in cities on groundwater quality in the regions outside the city and surrounding areas is poorly understood.

Most authorities have relied on simplified aquifer models to look at groundwater flows, but because natural aquifers are made up of layers of rocks which naturally enclose water; the composition of these layers has complicated effects on the flow of water and distribute contaminants.

Researchers looked at how differences between aquifers and over-exploitation of groundwater affect regional ground resources by developing a complex aquifer model based on regional data from Dhaka, Bangladesh.

They found that that over-pumping of water in the city has lowered groundwater levels regionally (around Dhaka) and is encouraging the downward flow of contaminated shallow waters into the deeper part of the aquifer.

The model predicts that preferential groundwater flow from the shallow aquifers with contaminated waters containing arsenic could contaminate deep (deeper than 150 metres) aquifers in the surrounding region within a decade as opposed to a century as previously thought.

The study demonstrates the importance of using complex aquifer models in assessing groundwater flow in cities.

The authors say that effective remediation measures and proper management of aquifer exploitation may mitigate against future arsenic contamination of groundwater in the region.