Big dig confirmed; there will be mud 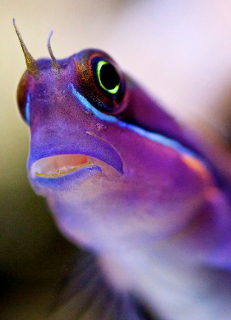 Dredging has been approved that many believe will condemn the Great Barrier Reef to silty strangulation.

Up to three million cubic metres of minerals and organic matter will be dredged from off the central Queensland coast to allow for the expansion of the Abbot Point coal port.

Federal Environment Minister Greg Hunt approved the expansion works this week, the decision has been welcomed by many figures including the chief of the Queensland Resources Council and senior members of the Queensland Government.

The spoils dug up by the dredging activity will be dumped offshore in the Great Barrier Marine Park, 24 kilometres northeast of Abbot Point.

Mr Hunt has also given the go-ahead to the Arrow LNG facility on Curtis Island, with its associated gas transmission pipeline, and approved the construction of the Adani-owned ‘Terminal 0’ at Abbot Point.

He says from now on, dredge spoils will be dumped on land or used for coastal reclamation – but this time it will be released at sea.

“It is my intention that the first priority for all future capital dredging projects within the central and north Queensland coastal zone will be for shoreline, near-to-shore or land reclamation disposal,” Mr Hunt said.

“For Abbot Point, perhaps the most important condition is that any dredging would be limited to 1.3 million cubic metres of sediment a year.

“We've also made conditions that dredging and any relocation can only be undertaken in a small window of opportunity, which the environmental scientists consider to be the best, from March 1 to June 30.”

Governments are hoping to mitigate some of the potentially profound negative effects with an $89 million contribution to programs such as the Reef Trust, the federal Environment Minister said.

“The Abbott government has sacrificed the climate and the Great Barrier Reef for overseas mining companies with its approval today of the world’s largest coal port and another CSG plant in our Great Barrier Reef,” Senator Waters said.

“The staged dredging of a commercial trading port 40 kilometres from the Great Barrier Reef has been painted by fossil fuel opponents as the end of a global icon,” he said.

This is one point Senator Waters agrees on, saying the approval is “inviting a World Heritage in Danger listing”.

A Greenpeace spokesperson said it neglects the futures of those who rely on a healthy reef to make their living.

Conditions for the dredging project include a net benefit requirement of “150 per cent” for water quality. The standard is intended to reduce silt and other fine sediments drifting into the Marine Park from the land, as well as measures to protect marine species and their habitats.

The now-approved dredging program is about one-twelfth of the scale proposed by the former Labor government.

Greg Hunt said the expansion of Abbot Point and others on the Queensland coast will prevent the need to build any entirely new ports closer to the Reef.

“This is essentially saying it’s okay to dispose of dredge spoil 50 kilometres away from the Whitsundays... and it enables the development of potentially the world’s biggest coal port,” he said.