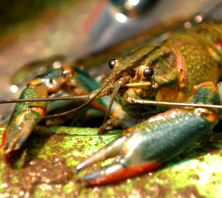 Developers are keen to get underway on a $2 billion agricultural project, but some locals say it cannot be done.

Integrated Food and Energy Development (IFED) wants to get going on their plan to build a massive multi-purpose agricultural facility across 325,000-hectares near Georgetown in North Queensland.

Along with a range of crops, the site is intended to hold cattle, an abbatoir, a commercial barramundi fishery, 1,000 hectares of redclaw ponds and even a rum distillery.

IFED has been given a federal nod of approval and the Queensland Government has endorsed it as a “state coordinated project”, but locals near the proposed site are proving harder to win.

Georgetown resident Noelene Ikin says the project should not come at the costs of the local ecosystems, because then everyone would lose out.

“If they're able to balance their water take using off-stream storages, so that in our low flow events they're not extracting that same amount of water, the river can probably adjust,” Ms Ikin said.

“But if they were taking that amount of water in a low flow year I think it would have a much bigger impact.”

The amount of water required for the site to run its planned cattle herds, sugar, guar bean and fodder crops is a major sticking point for many.

IFED says the mega-farm would drain about 530,000 megalitres of water per year from the Gilbert River system.

Farmer Ken Fry says he is concerned the project would prevent the expansion of smaller farms in the region.

“I'd like to see it go through. I think it would be good for the area, there's just a question about the amount of water that will be left over for the original farmers.”

Reports say over a thousand people could be working at the Etheridge Integrated Agricultural Project if it is completed as planned.