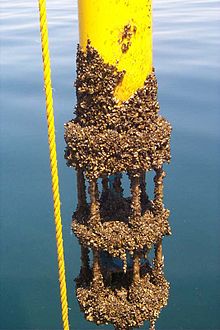 Marine experts are working with Defence to find solutions to biofouling.

Leading science and technology experts from the Australian Institute of Marine Science (AIMS) and the Australian Department of Defence Science and Technology (DST) division are working together to find answers to the problem that affects all marine industries.

AIMS and the DST’s maritime division have signed a five-year agreement to help solve biofouling challenges in particular.

Biofouling is not only a growing problem for large ocean-going vessels, it renders scientific marine instruments and underwater cameras useless, until the accumulation of micro-organisms, plants, algae, or animals on the wet host surface, can be cleaned off.

AIMS lead technology researcher Melanie Olsen said one of the methods being trialled at their facility near Townsville involved UV technology, which she said could be used as an anti-foul for marine vessels.

“Biofouling is a major problem impacting the marine industry in tropical waters, and we aim to establish definitive results of a variety of new technologies to manage the problem,” Miss Olsen said.

“Many antifouling techniques can have a strong chemical base but there is a worldwide movement which is looking for alternatives to ingredients which could be potentially harmful to marine environments.

“Reducing biofouling also reduces the risk of introducing marine pests to Australian waters on the hulls of ships, so it is also an opportunity to enhance biosecurity."

“This research could have far reaching benefits for Defence,” Dr Zelinsky said.

“Biofouling is a major problem for the Royal Australian Navy.  “It accumulates on the hull of ships, increases drag, can block water inlets and adds significantly to Navy’s operational costs.”

AIMS will conduct side-by-side experiments with DST scientists at its facility near Townsville, to test how the technology works over time.