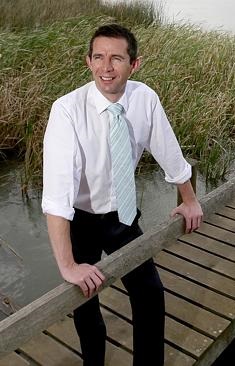 Six hundred gigalitres of water from the River Murray system, the Goulburn and Murrumbidgee Rivers will be pushed where it is needed most, according to Parliamentary Secretary to the Minister for the Environment, Senator Simon Birmingham.

The release of the naturally-accrued water stock will give hundreds of billions of litres to needy sites across New South Wales, Victoria and South Australia.

The big flush is part of the effort dubbed a “multi-site environmental watering event” by federal and South Australian water authorities.

Water has reportedly commenced its meandering through the River Channel and sites upstream, including the Barmah-Millewa Forest.

The flow is now making its way to the Lower Lakes and Coorong, where the Government says it will deliver carbon, nutrients and small aquatic insects from upstream wetlands and floodplains down the river for fish, invertebrates and waterbirds to eat.

Senator Birmingham said environmental water from The Living Murray Initiative will be pumped to a number of priority wetlands on the Chowilla Floodplain to help the recovery of trees and vegetation, also providing a habitat for birds and frogs.

The initiative requires proper monitoring of fish, plants and other animals to document the benefit or detriment from the environmental water delivery.

“The Commonwealth Environmental Water Holder will also determine other priority wetland sites in South Australia to receive Commonwealth environmental water as part of efforts to help improve the diversity and condition of native fish and waterbird populations as well as the health of native plants,” Senator Birmingham said.