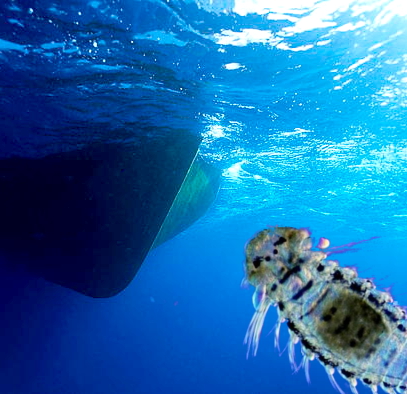 A fisheries study has shown that the noise a vessel makes can attract invasive pest species.

The research suggests that noise pollution in harbours and ports could be a serious contributing factor to the global spread of pests.

When organisms attach themselves to a vessel it is known as ‘biofouling’, and a study by the Western Australian Department of Fisheries says this process could be triggered by the noise of a vessel’s onboard generators.

Boats often leave their generators running while docked for the sake of air conditioners or refrigeration. However, the low rumble they emit appears to matc the natural noise emanating from coral reefs.

This tricks the larvae of invasive species into thinking that a hull is in fact a home.

The finding was made in a comparison of the noise emitted from fishing vessels while they were berthed in Fremantle, Western Australia., with the level of fouling varied across different sections of each boat.

The researchers found that there were more fouling organisms clustered near the generator, where the most noise occurred, and fewer near the relative quiet of the bow.

The results have been published in the journal Biofouling.

In fact, organisms can be attracted from up to 500 metres away due to the distance vessel noise can penetrate through water.

But the study had another intriguing revelation, when researchers found that the noise actually enhanced the growth of the biofouling agents.

In a separate study, the common fouling organism, Ciona intestinalis (a sea squirt), was exposed to sound recordings of vessel noise. It turns out that the noise makes the larvae settle faster, develop more rapidly and increase their survival.

The auditory cue for sea squirt growth had not previously been observed, and the researchers say they hope to exploit the finding to look for a sound that may actually repel organisms.