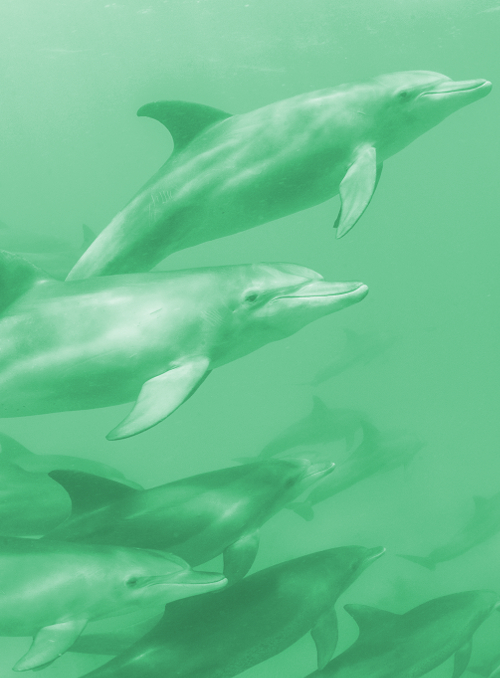 A long-term conservation plan for the 100-200 bottlenose dolphins who return to live in Adelaide’s coastal waters each year would need support from the community - in particular boaties, fishers and tour operators, says School of Biological Sciences researcher Nikki Zanardo.

“To support these coastal marine mammals, and aid their future survival, there needs to be more signage and management of these critical habitats as priority conservation areas,” says Ms Zanardo.

“Increased human activities, in fishing, boating and coastal zone developments is putting ever more pressure on these dolphins which seasonally inhabit the near-shore metropolitan areas.

“Pressure on fish stocks, too, will influence the prey available to dolphins in these core feeding areas.”

Along with pressure on feedstock, interaction with humans emerged as another pressure on the urban dolphin habitat.

“It is especially important that we continue to monitor dolphin numbers and changes in their habitats to ensure not only the long-term presence of this urban dolphin population but also the overall health of Adelaide’s coastal environments,” says Associate Professor Luciana Möller.

Current management strategies for dolphins along the Adelaide metropolitan coast are limited to vessel and swimmer approach distances.

“What’s more, the methods we used in this study can be applied to other marine species, and help identify important habitats and the potential ecological function they provide to these species,” he said.