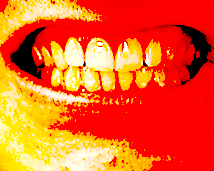 Dentists are again calling on the regional city of Cairns to fluoridate its water.

The Cairns Regional Council stopped adding fluoride to the city’s supplies in 2013, but the Palaszczuk Government is looking to reinstate a program that offers capped infrastructure grants for councils that fluoridate their drinking water.

He pointed to the Queensland Child Oral Health Survey 2010-12’s findings that fluoridating water supplies in Townsville, which has been happening since 1964, left children in the city with the best dental health in the state.

“My message to Cairns Reg­ional Council is accept that dental health is a problem in Cairns,” Dr Foley said.

“Dental health in Cairns is a far greater problem than it is in Townsville, just four hours down the road, and I would simply urge Cairns to listen to health experts rather than conspiracy theory fringe groups.

Cairns Mayor Bob Manning is in favour of water fluoridation, and a recent community survey showed most residents wanted it back too.

Dr Foley said the council had bent to pressure from the “superbly well-connected” but “completely unscientific” anti-fluoride movement.

Councillors ignored a request by Councillor ­Richie Bates for a presentation on the scientific evidence behind fluoridation last month.

James Cook University head of dentistry Professor Neil Meredith says he would still like to speak.

“Dental caries (cavities) is a major issue here in this area and fluoridation will access such a large part of the community that will benefit dir­ectly,” said Prof Meredith.

“It will reduce the incidence of pain and disease and it will also potentially save lives bec­ause we see patients up here who are dying of diseases, rheumatic fever, bacterial end­ocarditis, which are indirectly associated with dental decay.”