California comes to Adelaide for help in dry times 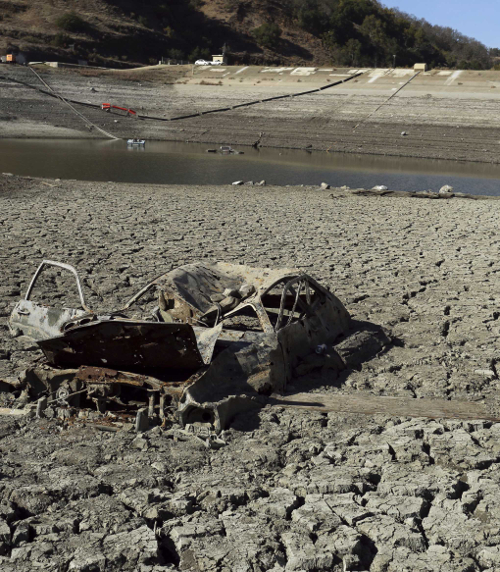 Experts from Australia and the US are coming together to find the best lessons from harsh droughts.

Professor Thad Kousser is a political scientist and Fulbright scholar, currently visiting Adelaide to talk about the risks and possibilities of drought conditions.

He has been comparing the current drought in the US state of California to those experienced in Australia over the years.

A recent report in Scientific American found California’s ongoing drought is its worst in 1,200 years, and cost 17,000 jobs and $2 billion worth of agricultural production last year alone.

“[The drought] is bad enough that people are starting to conserve water,” he told reporters.

“That doesn't happen in California, which lives in a constant state of denial that we are a desert.

“If the drought is the new reality for California, we are going to have to give up part of the 'California dream' lifestyle.

“I mean, California is swimming pools, it's green lawns, it's golf courses at Palm Springs in the middle of the desert.”

Professor Kousser said California is seeing a kind of water rationing in the form of heavy water restrictions, cuts up to 20 per cent for residential users, and some farmers facing cuts too.

But there may be a silver lining, in that residents are now being offered conservation incentives that could improve their treatment of natural resources long term.

Australian water trading expert Tom Rooney wants to make sure California's crisis does not go to waste, so he is looking to set up an arm of his company Waterfind in the United States.

The business helps farmers and irrigators connect to those that have water to sell.

It has been a big help for Australian farmers forced to sell water licences.

Mr Rooney said in an interview with the ABC that he hopes to apply expertise acquired in Australia in California..

“It's exciting, there are chances for real efficiencies in California,” he said.

“An Australian irrigator on average will actually create 46 per cent more crop out of every drop that they put on than, say for instance, a Californian farmer.”

Mr Rooney said Californian producers were trading water at the technological level of “parchment, quill and ink”, and if he could introduce electronic trading, monitoring and transfer systems then big savings can be made.

Professor Kousser said there is significant interest in the Australian experience from Californian lawmakers and industry members.

“I think Californians have shown an uncharacteristic modesty in looking to other areas, especially Australia,” he said.

“Los Angeles has been accused of stealing water for over a hundred years,” he said.

“That creates a real strain between the wetter, northern parts of the state who are always worried that Southern California is going to steal their water.

“You've seen those geographic tensions blow up in the state legislature in Sacramento.”