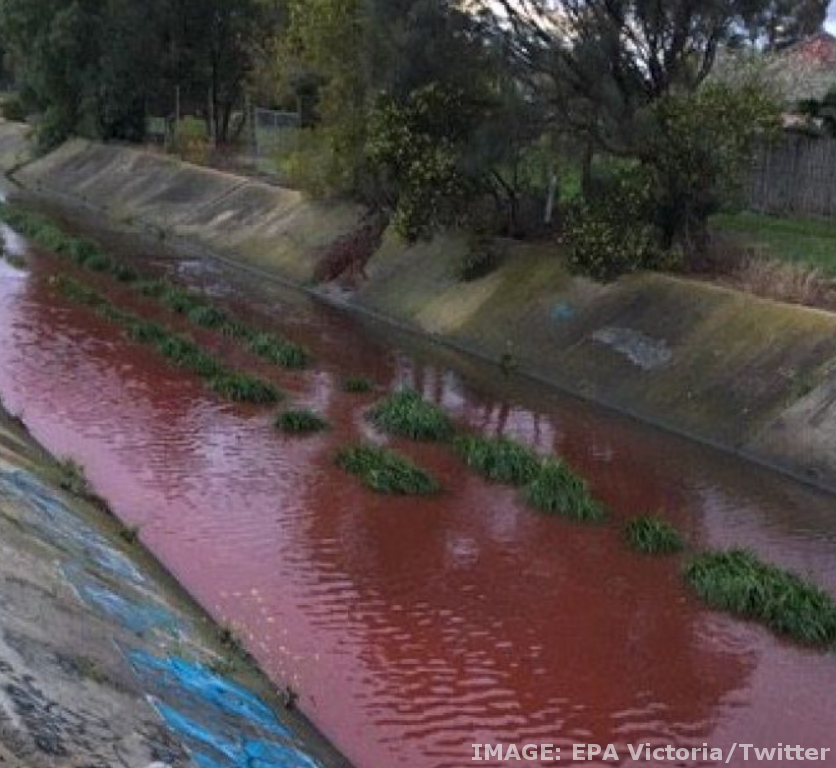 Authorities are investigating a Melbourne river that has turned bright red, a year after a chemical fire contaminated the water.

Environment Protection Authority Victoria (EPA) has received reports about a “red-coloured discharge” in the creek near St Leonards Avenue in Yarraville.

“The discolouration is not naturally occurring and has likely entered the creek through the stormwater system, either as a flowing substance or as a result of run-off from the rain on Saturday,” an EPA spokesperson said in a statement.

EPA investigators have attended the site just over a year since chemicals were detected in the creek, including the controversial firefighting foam PFAS, following a massive fire nearby.

An industrial blaze burned for days at a warehouse in West Footscray in August 2018, leaving firefighting foam and chemicals from the building washing into the waterway of Stony Creek.

It is unclear whether the discharge is related to the fire.

The EPA is manually checking stormwater drains to establish a source.

“If a source can be identified, EPA will not hesitate to take action in line with the Compliance and Enforcement policy,” the statement said.

“EPA's ongoing advice for Stony Creek is to avoid contact with the water.”