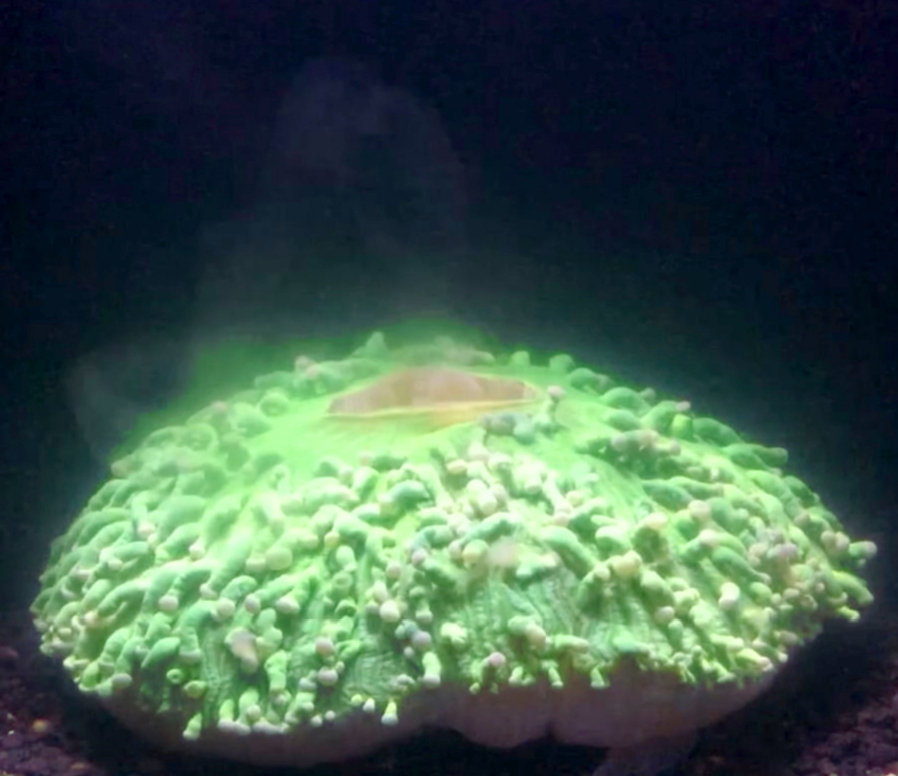 Queensland researchers have filmed a particular coral bleaching behaviour for the first time.

A team from QUT recorded detailed time-lapse videos of coral reacting to heat stress, showing them ejecting some of the tiny algae that give the coral its colour.

The videos are the first real evidence that ‘pulsed inflation’ contributes to this type of bleaching.

Their resulting videos show the stressed corals belching Symbiodinium; tiny algae that live within coral tissue and contribute to their vibrant colours.

The corals inflated their bodies to as much as 340 per cent of their normal size before suddenly and violently contracting. This ejected Symbiodinium through the corals’ oral openings.

“The H. actiniformis began ejecting the symbionts within the first two hours of us raising the water temperature of the system.”

H. actiniformis is intriguing because it is surprisingly resilient to bleaching, even when neighbouring species suffer the full effects.

“Our observations suggest this resilience could be due to the rapid expulsion of the coral’s algal symbionts during thermal stress, and could very well increase H. actiniformis’s chance of survival during abnormally high sea temperatures,” Lewis said.

“Coral provide Symbiodinium with protection and surface area for photosynthesis, while the excess sugars created by the algae supply the majority of the coral’s daily food requirements,” he said.

He said expulsion of the algae removed the pigment from the corals’ tissue, rendering them white or transparent, referred to as coral bleaching.

If environmental conditions return to normal quickly enough, some corals may regain their Symbiodinium and associated colour.

“If the Symbiodinium is removed from the host and does not recolonise quickly, the corals can die.

“Mass coral bleaching events are a concern for scientists globally with recent events on the Great Barrier Reef highlighting the threat of elevated water temperatures to the heath of reef ecosystems.”

Their latest paper is accessible here.