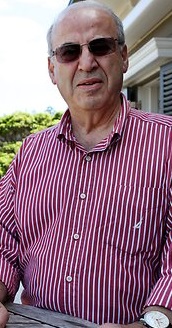 Revelations in an ongoing corruption enquiry have shown the unique stresses many workers in government departments feel.

A former licensing officer with the NSW Department of Water and Energy says she was sacked for investigating the suspicious circumstances of a demand by former minister Eddie Obeid.

Obeid reportedly tried to strong-arm the public sector worker into increasing the water allocation for his newly-acquired farm. The officer said she believed she had been suspended after bullying and harassment by managers was prompted by her wishing to actually expect the site before approving the allocation.

Concerns were compounded when another senior officer in the department set an increased water limit on the farm without a site inspection. The new allocation was almost six times higher than the average for the area.

Phone records suggested Damian Obeid may have told his father Eddie Obeid about the officer’s refusal to approve the increase, and that Eddie Obeid spoke to the woman’s boss soon after talking with his son.

The Independent Commission Against Corruption (ICAC) is investigating allegations Eddie Obeid misused his ministerial position to push for the water licence, as well as cafe leases and health services contracts, while not disclosing his financial interest in them.

It has dragged a number of public servants through the court, each describing how sometimes the people in power can manipulate government workers for their own nefarious means.