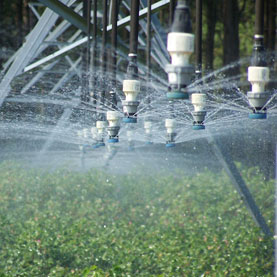 Two Walgett landholders have been charged with breaching water laws in the Barwon River.

Both Walgett residents face 14 charges, 13 of which relate to allegedly taking water from the Barwon River outside of their conditions of approval in July 2016 and April 2017.

The other charge is for allegedly failing to install an approved water meter.

The matter is due in NSW Land and Environment Court in May.

Natural Resources Access Regulator (NRAR) Chief Regulatory Officer Grant Barnes says the extent of the alleged offending was one of the reasons the prosecution came about.

“NSW has faced its worst drought on record in which it is essential that water is shared fairly and protected for critical human needs,” Mr Barnes said.

“Preserving flows in the Barwon River is vital to maintaining water quality and native fish and aquatic animal populations along the length of the river, as well as supporting breeding activity.”

The NRAR has been dealing with the two Walgett landholders on a range of issues.

Mr Barnes said typically, people end up doing the right thing without having to be taken to court.

“Many situations can be resolved through the issue of advice or warnings, but in 20 instances since we were formed almost two years ago, we've been compelled to take enforcement action through the courts,” he said.

“I think that reinforces the high level of compliance generally with water law.

“Transgressions in water law are not particularly concentrated in any part of the state; rather it's quite widespread.”