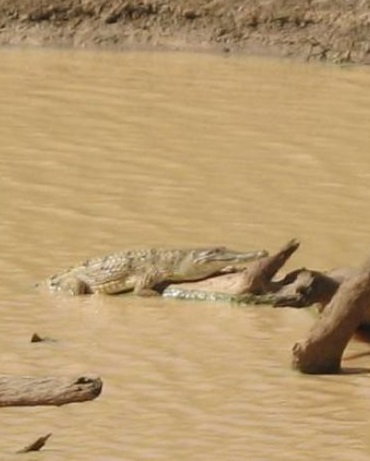 NT croc numbers are surging, and researchers want to know what that means for the environment.

Researchers are investigating the impact of the recovery of the northern Australian estuarine crocodile population on river ecosystems.

Charles Darwin University’s Institute for the Environment and Livelihoods (RIEL) has received a $390,000 grant to allow his team to assess the ecological changes that have arisen due to the repatriation of estuarine crocodiles across northern Australia.

“While the recovery is heralded as a conservation success, estuarine crocodiles pose a serious threat to humans and livelihoods.”

He said the project in collaboration with Griffith University, the Australian Institute for Marine Science, the Northern Territory Government and Larrakia rangers would help to better understand the ecological role of estuarine crocodiles and the benefits of conserving them.

“We know crocodiles have significant economic and cultural value, but we don’t know what impact their recovery is having upon the Northern Territory’s unique  wetland ecosystems,” Professor Campbell said.

“I have heard from fisherman that the barramundi fishing has improved with crocodile recovery, which suggests broad-scale ecological impacts. But these are only anecdotal reports, and this project will help us to understand if and why this is happening.

“There is also a growing body of evidence that shows retaining or restoring large carnivores into ecosystems will counter environmental challenges such as biological invasions, disease, and climate change.”

RIEL co-researcher Dr Keller Kopf said that the three-year project aimed to estimate the amount of food and types of prey required to support populations of estuarine crocodiles in river systems across the Northern Territory.

“We’ll use bioenergetics modelling and field sampling of these predators and prey, including fish and other animals, to improve our understanding of how estuarine crocodiles influence food webs,” Dr Kopf said.

“The restoration of crocodiles provides a rare opportunity, similar to wolves in North America, to empirically test changes in ecosystem processes under varying degrees of large carnivore recovery.

“This is a unique opportunity because it will improve our understanding of the processes that govern the strength of predator-ecosystem interactions.”