Dam bosses to defend themselves again 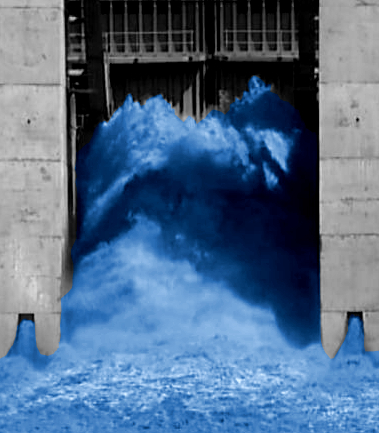 SunWater will again have to justify its actions after releasing water from a Queensland dam amid wild storm conditions.

An independent investigation will be undertaken into the operation of the Callide Dam, which flooded downstream communities during Cyclone Marcia late last week.

More than 400 homes at Jambin and Biloela were inundated when the dam’s automatic gates were triggered by the inflow of torrential rain.

Locals say the release only added to their problems, but some experts say the Callide is not designed for flood mitigation.

Hydrologist Professor Neal Ashkanasy – one of the authorities that helped write the rules for the operation of Callide Dam - said it was designed for water storage, not flood mitigation.

Queensland’s Wivenhoe Dam is designed for flood mitigation and was also the subject of Australia’s largest-ever class action over claims of negligence following the release of water during floods in 2011.

But Professor Ashkanasy says using the Callide Dam to mitigate floods would be expensive and force it to provide less water for irrigation.

“You [would] have to engage in very large-scale engineering products basically designed to store air for most of the time then to provide that additional capacity to store floodwaters,” he told the ABC.

“The prosperity of the area will reduce accordingly and that's the price people would pay for having less storage.”

Dam operator Sunwater has defended its actions, claiming that the dam level rose rapidly during a “one-in-10,000-year” rainfall event.

“[Callide] is designed to fill up and then pass floodwaters through,” a Sunwater spokesperson told AAP reporters.

The company said it was not allowed to release water without extensive consultation of water customers and local communities.

Sunwater also argues that even if staff had been given permission to manually release water, the cyclonic conditions prevented them from safely accessing the dam site.