Dams drop as drought runs on 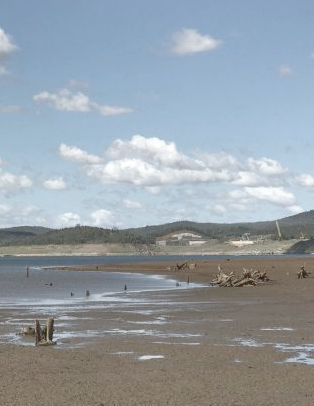 Experts have reflected on the state of Australia’s drought-afflicted areas after a hot, dry summer.

The Bureau of Meteorology says the extended dry period is now affecting large parts of NSW, eastern South Australia and parts of the Northern Territory and northern Western Australia.

Queensland saw some extensive flooding, but is by no means off the hook, according to Bureau of Meteorology climatologist Lynette Bettio.

“The floods largely missed those areas of drought that we were covering,” Dr Bettio has told the ABC.

“It did relieve some of those areas; those large totals of rainfall meant that some areas near the border with the NT are no longer in that bottom 10 per cent for those [drought-measuring] periods.

“But there's still large parts of southern Queensland that are in that bottom 10 per cent of rainfall and lowest-on-record rainfall for those 11-month and 23-month periods.”

The short but intense drought has been linked intense high pressure over Australia, which is making frontal systems less frequent and unusually weak.

“We've just come off a record-warm summer, and that extreme heat that we saw, especially those heatwaves in December and January, certainly exacerbated those drought conditions and really added to the intensity of the impacts,” Dr Battio said, adding that the coming months are not looking exciting either.

“For autumn, for rainfall, there's really an increased chance of below-average rainfall across much of eastern Australia.”

Water storage in New South Wales has been hit hard and now sits at just 27.8 per cent of overall statewide capacity.

This get worse on an individual level, with dams like Keepit Dam on the Namoi River now dry.

“I've been in the water sector for 11 years; I've never seen a dam run dry and that's the situation in Keepit,” Tony Webber from WaterNSW said.

“Menindee Lakes in the far west is in a similar predicament.

“Releases into the Lower Darling have ceased. In fact, the Barwon-Darling River system itself has all but ceased to flow.

“Most northern dam storages are in single figures. Pindari, for example, is 3 per cent in the centre of the state.

“Burrendong Dam on the Macquarie River, servicing communities like Wellington, Dubbo, Nyngan and Cobar, is down to almost 7 per cent of capacity.

“It's scheduled, under a continuation of this worst-case scenario, to run dry by as soon as early 2020.

“Many of those small communities are now dependent on groundwater where that's available, but the situation for landholders not on regulated systems has been very, very dire for quite some time.

“Now we're seeing a similar situation for even stock and domestic entitlement holders on rivers that are served by a dam.”

With the situation not likely to break anytime soon, the experts say many agricultural communities are left waiting for rain while trying to make every saving they can in the meantime.