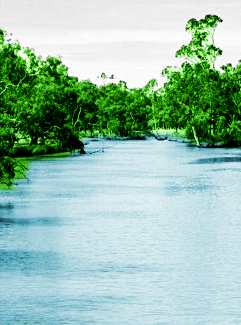 Farming families that rely on the erratic Darling River for irrigation have formed a lobby group to protect their livelihoods.

The lower reaches of the Darling River around Pooncarie have been washed with poor quality water for several months, forcing some families to truck in fresh drinking water.

The farmers in the new Lower Darling Horticulture Group say that they cannot continue to rely on a river that consistently does not deliver.

They have collectively conceded that it is time to get out of horticulture, and are looking to the Federal Government for help.

They have submitted a proposal that asks for compensation in exchange for giving up their irrigation licenses, bulldozing their groves and destroying their orchards.

The 1,000 megalitres a year that the Pooncarie farming families draw from the Darling River is pretty miniscule, but new water management changes on that section of the Murray-Darling Basin have left them in limbo.

Less water for environmental use is being stored upstream in the vast Menindee Lakes system, and the authorities released large volumes during the winter to ensure healthy river flows further downstream.

“They're wanting to hold less water in the actual lakes system and they're drawing the water out far quicker for environmental outcomes downstream, the lower lakes and what not.

“So the maths just doesn't add up. If you [have] less coming in, less stored and more going out at a quicker rate, it's just going to happen that we're left in limbo with an insecure water supply that we just can't survive with.”