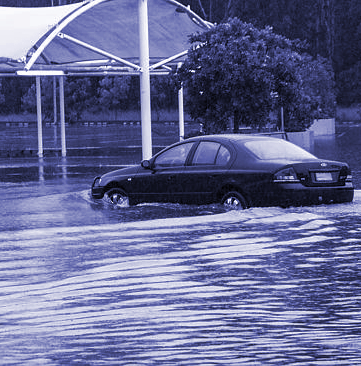 Queensland dam operator Sunwater could be in hot water again, with criticism over its reaction to Tropical Cyclone Marcia.

Millions of litres of water from the Callide Dam in central Queensland flooded homes and businesses when the cyclone hit on February 20.

Residents say they appealed directly to Sunwater to reduce the level of the dam in the days before the cyclone, but nothing was released until the floodwaters had already arrived.

Documents obtained by media outlets under Right to Information reportedly show that at 1:00pm on Thursday, February 19, the dam was at 84 per cent capacity.

Sunwater was “closely monitoring” the oncoming cyclone, and even making food and sleeping arrangements for any workers who could not return to their homes.

By 9:00am on the Friday, the cyclone was up to a category five and about to cross the coast just 200 kilometres to the north, while the dam was at 89 per cent capacity.

The documents allegedly show there was confusion at the dam while the cyclone was passing overhead, and dam operators could not work out when the dam would hit the level at which water would be released.

At 5:08pm, dam operators told local disaster management authorities that “the dam may spill within 24 hours”.

At 5:40pm, they found their computer modelling would not “predict spill tonight” but “this is dependent on rainfall”.

By 6:30pm, the operators foresaw “a possible spill tonight”.

At 7:30pm, staff reportedly declared the computer modelling was unreliable as it “was clearly not able to reflect gauge height rise”.

Minutes later when the dam had reached its emergency release height, workers were unable to manually open the gates as it was too dangerous to go out into the cyclone.

The failsafe mechanism kicked in at 8:18pm, opening the spillway gates and letting thousands of litres per second down into Callide Creek.

The State Government has called for and independent review into Sunwater’s response to Cyclone Marcia, which is due to report back on May 22.

A Sunwater spokesperson has told reporters that it would fully cooperate with the independent review.