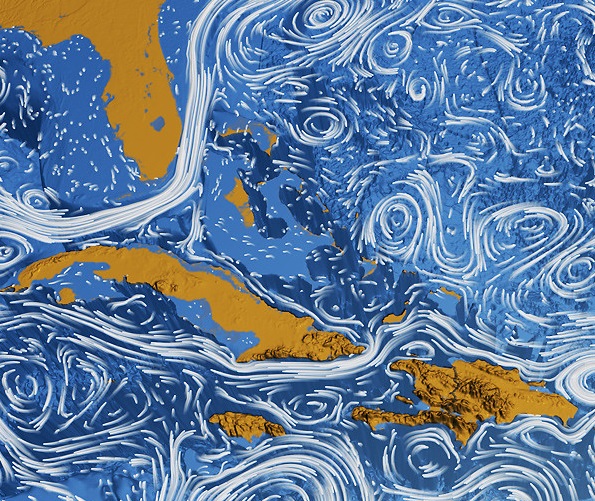 An international team has collected information to show in greater detail how undersea ‘eddies’ distribute oxygen, warmth and nutrients around the ocean, and how a reduction of this process could leave some parts starving.

Over the course of four months, a team on board the German research vessel 'Meteor' investigated the oxygen-poor upwelling regions in the tropical Pacific off Peru.

The first report from the ongoing assessment shows that eddies in the ocean influence the oxygen and nutrient distribution in the oxygen-poor regions.

The researchers were working on observations in large regions of the tropical oceans. Studies show that in oxygen minimum zones (OMZ), oxygen content has declined during the last few decades. At the same time, the ocean emitted increasingly climate-relevant trace gases to the atmosphere.

The recent study says that the decline in oxygen content and increase of trace gases in these areas is due to the dissipation of eddies, which normally distribute such substances more evenly.

“Our observations show that eddies transport water with strong differences compared to the surrounding waters in temperature, salinity, oxygen and nutrients while moving westwards with a few centimetres per second”, explains the lead author of the study Dr. Lothar Stramma from the GEOMAR Helmholtz Centre for Ocean Research.

“As the eddies dissipate after some weeks to months anomalies of these properties are introduced as disturbances into the open ocean and hence are responsible for surprisingly high productivity in the normally nutrient-poor open ocean,” Dr Stramma says.

The study also includes probes to measure ocean acidity, which has a large influence on biological processes.

The observed pH-values of the water, and hence the acidity, changes in eddies.

The new study adds to previous knowledge on the ‘breath of the ocean’, or the supply and loss of oxygen in the oxygen-poor regions.

In the equatorial southeast Pacific the breathing is carried out mainly by regional ocean currents. The results of the new study show that on the pole-ward side of the oxygen minimum zone of the southeast Pacific, eddies are responsible for a considerably contribution for changes in oxygen and nutrient distribution.

“Thus, the results are of particular importance as they help to improve model computations to better predict future expansions of low oxygen areas in the ocean,” Dr Stramma surmised.

More information is available from the published report in the journal Biogeosciences.