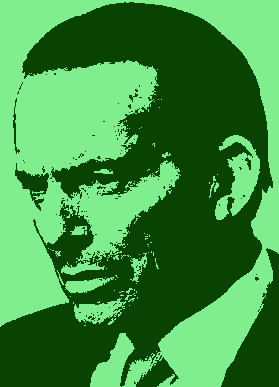 Prime Minister Tony Abbott has unveiled a bold plan to place Australia at the back of the pack of nations responding to climate change.

The Coalition government has confirmed that it will set a greenhouse emissions reduction target of 26 per cent below 2005 levels by 2030, which could be expanded to a 28 per cent target, if the economic costs are reduced.

The new target is the equivalent of a 19 per cent cut below 2000 levels by 2030; a figure lower than that of the previous RET and one that the independent Climate Change Authority says Australia should be aiming to hit within 5 years, rather than 15.

The Abbott government says it has taken an “economically responsible” route, but the plan has already received condemnation from analysts, financiers, Pacific Island nations, climate and green groups, who have described it as everything from “pathetically inadequate” to “dangerously out of step”.

“(The Abbott government has) benchmarked its commitments against some of the worst of the developed nations such as Canada,” said Friends of the Earth Australia campaigner Cam Walker in a statement after the announcement.

“The target that they have put on the table is well below the efforts of the USA, China, and UK and nowhere near enough to reduce the risk of catastrophic global warming,” Walker said.

“The world is moving, and countries like India and China are making huge investments in renewable energy while Tony Abbott is at war with wind and solar. This government is dangerously out of step on the most pressing issue of the 21st century.”

Environment Victoria described the target as “inadequate, reckless and illogical,” which it says has “the dirty fingerprints of Australia’s coal industry” all over them.

“The Prime Minister’s proposed 2030 target would make Australia the most polluting developed nation per capita by far in 2030, and prolong our reliance on dirty and outdated energy sources,” Environment Victoria CEO Mark Wakeham said on Tuesday.

“While the Coalition defaults to running fear campaigns on everything from renewable energy targets to an emissions trading scheme …it is demonstrating that it is incapable of moving beyond ideological attacks to deliver credible policy to solve one of the greatest challenges Australia has ever faced.”

Doctors for the Environment Australia also lamented the news, saying that what really mattered was not the numerical target but the doubt created about the government’s “sincerity and commitment to deliver”.

“The insecurity expressed by many world leaders over Australia’s position results from suspicion that our acceptance of climate change exists only as expediency, for there is a track record of undermining effective action with the repeal of the carbon tax, and curbing of the Renewable Energy Target and wind industry,” a DEA statement said.

“We need a government to demonstrate its understanding of science, and display commitment and urgency to make a transition from fossil fuels to clean energy, for only then does any target becomes possible. This is essential to protect the health of our own citizens and millions around the world.”

The ALP says it was to know two things; how the target is supposed to fulfil the Prime Minister’s commitment to limit global warming to no more than 2°C, and whether the Government has modelling to demonstrate this; as well as how much taxpayers’ money will go to major polluters under the Emissions Reduction Fund.

The Guardian has published what it says is unreleased modelling to show that the coal industry will be the hardest hit by the new emissions target, throwing doubt on Mr Abbott’s repeated claims that coal is “good for humanity” and has “a big future as well as a big past”.