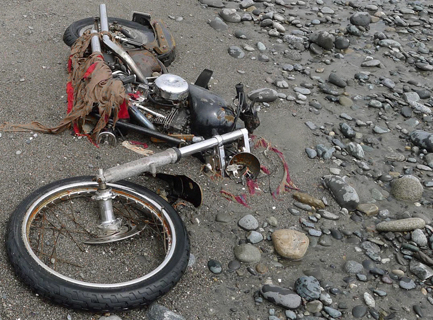 A report on the recovery of sea life after Japan’s 2011 tsunami has been released.

In a new study in PLOS ONE, Japanese researchers report how the sea life in different coastal regions of Japan struck by the tsunami have flourished or faltered.

“We watched in real time an ecosystem recover from a large natural disaster,” said Reiji Masuda, director of the Maizuru Fisheries Research Station at Kyoto University and leader of the study.

“We could observe how species recovered and whether any invading species could thrive.”

As they struggled with the rest of the country to deal with the effects of the tsunami, researchers also recognised the unique scientific opportunity it created, setting up four research stations in Eastern Japan within two months of the tsunami.

They continuously collected data for the next five years.

“We found a very logical progression. First, small fish with short lifespans thrived, but gradually larger fish with longer lifespans began to recover, stabilizing the populations of the small fish. Also, body lengths got longer over the years, suggesting that the environment was supporting healthy recovery,” Masuda says.

The smaller fish recovered first because of their short reproductive cycle and the absence of predators.

Another reason for their recovery, the academics hypothesise, was the new abundance of food.

“Many small fish survive off nutrients and sediments. The tsunami brought in a rich buffet from the land, and this could feed the fish,” Masuda said.

Interestingly, the authors of the study did find a brief period of invasion.

Species typically associated with southern climates were found in the stations until the later years of observation, when cold-water species began to stabilise and likely begin to prey on the aliens.

Invasion was greatest at the stations located in areas that suffered from the greatest destruction.

While Masuda's interest is primarily in marine life, he sees a bigger purpose for the research.

“Japan suffers from many natural disasters, including tsunami and earthquakes. As marine biologists, we want to know how sea life recovers. But we hope our findings will help Japan prepare for disasters on land or sea,” he said.