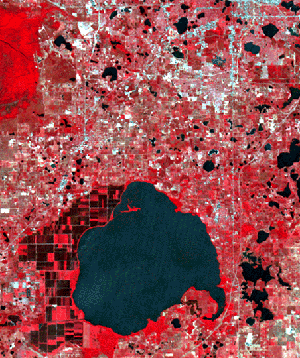 NASA says satellites can predict massive floods nearly a year before they occur.

A pair of special satellites has been used to determine the "wetness" of river basins, which could diagnose potential mass floods up to 11 months before they occur.

The two satellites are called GRACE - Gravity Recovery and Climate Experiment – and they orbit the Earth in tandem, each constantly monitoring the Earth’s gravitational field and its effect on their counterparts.

By sensing each other’s small orbital fluctuations, the pair can detect changes in underground water storage.

But the water level changes they sense have to be huge, and NASA scientists say such big differences often come before a mass flooding event.

The method has been reported in Nature Geosciences, and could be used to help predict and prepare for massive flooding events.

The data does not work for all floods though, as the flash-flooding caused by extreme rainfall does not create the same variance in Earth’s gravity.

Another problem is that GRACE is fairly vague, and can only see groundwater anomalies over large river basins of at least 200,000 square kilometres.

Furthermore, it takes about 3 months to extract and analyse data from GRACE, which removes a fair portion of the early warning time.

NASA is planning its follow-up to the GRACE mission, which could see higher resolution satellites and processing schemes to retrieve warning signals in as little as 2 weeks. The sequel is planned for launch by 2017.