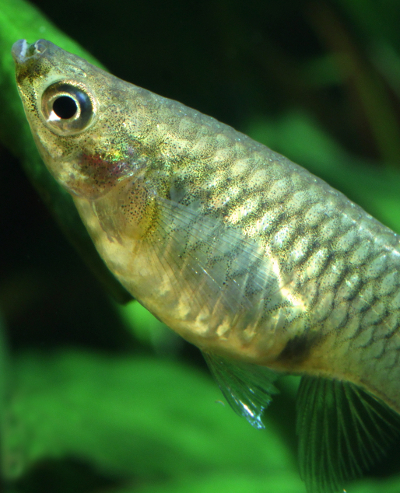 A common agricultural growth hormone appears to affect the sexual behaviours of fish – with some potentially serious ecological and evolutionary consequences.

Researchers from Monash University, in collaboration with researchers from Åbo Akademi University in Finland, have found that the steroid 17β-trenbolone – used on livestock to increase muscle growth – alters male reproductive behaviour in guppy fish (Poecilia reticulata).

The growth promoter is part of a group of contaminants called endocrine disrupting chemicals (EDCs), which enter the environment through sources such as discharge of household waste, agricultural run-off and industrial effluent.

Researcher Michael Bertram says that over the past few decades concern has been mounting over EDCs, and their contamination of aquatic habitats is becoming a serious environmental problem.

“Endocrine disrupting chemicals (EDCs) are cause for concern given their capacity to disturb the natural functioning of the endocrine (hormonal) system, often at very low concentrations, with potentially catastrophic effects,” Mr Bertram said.

“For the first time, our research has shown that exposure to an environmentally realistic concentration of 17β-trenbolone – just 22 nanograms per litre - is sufficient to alter male reproductive behaviour.”

The research shows that exposure of guppy fish to 17β-trenbolone influences the ratio of male courtship (where the female chooses her mate) to forced copulatory behaviour, whereby the female is inseminated internally from behind and does not choose her mate.

The results of his research indicated a marked increase in forced copulatory behaviour.

The researchers will now look at sperm viability in male guppy fish exposed to 17β-trenbolone.

The study has been published in the journal Hormones and Behavior.