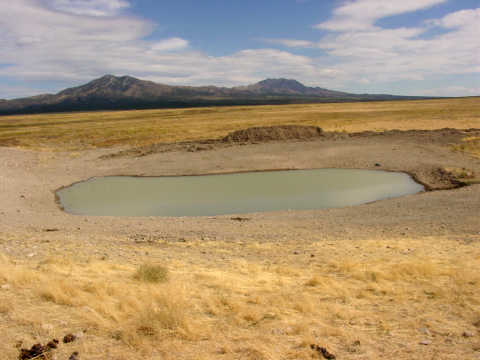 With a new government in place, Western Queenslanders want to put the Great Artesian Basin Sustainability Initiative (GABSI) back on the agenda.

GABSI is a joint Federal-State Government initiative that has for the last 15 years been helping landholders reduce their water.

It helps pay to cover exposed bores and replaces exposed drains with pipe.

The scheme has seen 674 uncontrolled bores capped and over 14,000 kilometres of bore drains replaced to date.

But funding for the water-saving scheme ended mid-2014, and even though the Federal Government has committed new funding, the program is standing still.

The founder of GABSI, John Seccombe, says there are still 215 bores to be capped and close to 5,500 kilometres of bore drain to be replaced.

Seccombe has called on the new Palaszczuk Government to get the program moving as soon as possible.

He says the Queensland Government should set an end date for the scheme so that landholders will be pushed to get the work done.

“Otherwise people never really understand that they will need to do something in the end,” Mr Seccombe told the ABC.

“There needs to be a period of time and it needs to be sufficient to allow programs to be implemented.”

“I would like to see the Queensland Government not only support any federal move to continue with GABSI but to [also] create some sort of certainty to the outcome of closing down all of the free flowing bores that have created such waste.”

“Governments need to recognise that 95 per cent of water that flows out of a free-flowing bore is wasted and this is perfectly good potable water and it should not be allowed to be wasted.

“It is the on-ground work that needs to continue.”