Fecal floods not too gnarly for Rio 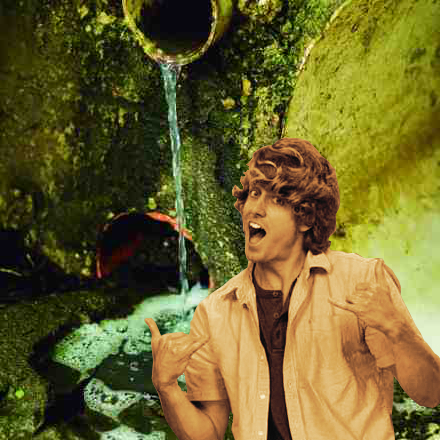 A surfing event in Rio has started despite concerns of sewage and other pollution in the water.

Kelly Slater of the United States and Brazilian star Gabriel Medina are among those in competition at the Oi Rio Pro event on Rio’s Barra da Tijuca beach.

It is one of the main sites for competition at next year’s Olympics, but has been slammed by persistent concerns about the polluted waters.

The main venue for the surfing is next to a lagoon filled with raw sewage, which empties into the Atlantic.

In Rio’s environment authority’s latest water quality report last week, the area was deemed inappropriate for swimming due to the concentration of fecal matter.

Rio struggles with poor sewerage system nationwide, with much of the sewage from the city of 12 million people emptied untreated into its lakes, rivers and beaches.

Biologist and environmental activist Mario Moscatelli says the pollution is particularly bad during low tides, when the fetid waters spill into the ocean.

Winds sometimes push the sewage along the beach, he said, potentially contaminating the competition site.

Moscatelli has flown over the area many times in the last few years as part of an environmental monitoring project.

In his recent photos, a mysterious brown stain can be seen spreading over much of Barra beach.

The event’s organiser, the World Surf League, had to cancel its backup venue on a neighbouring beach, due to “pollution issues”.

A World Surf League spokesperson says the organisation is “confident that our primary site at Postinho, Barra da Tijuca will deliver excellent conditions”.

Water quality is emerging as a serious issue ahead of the 2016 Olympics.

State and local authorities have been strongly criticised for not binge able to fulfil their longstanding promise to clean up the city’s toxic waterways before the games.

With Olympic sailing, canoeing, rowing and other aquatic events slated to take place in the polluted waters, worries about athletes’ health and safety abound.