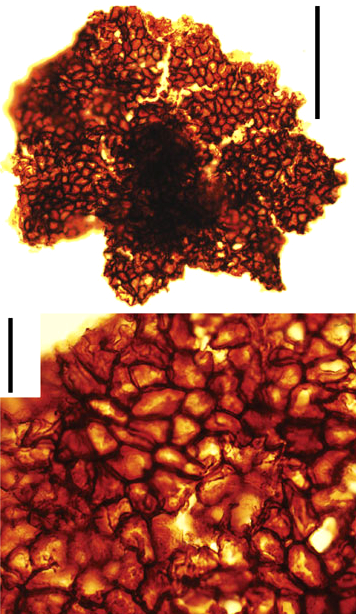 Seaweed-like fossils found in rocks in China date back around 1.56 billion years, which places them right in the middle of a period referred to as the ‘boring billion’ years of evolutionary history.

The fossils, which measure up to 30 centimetres long and nearly eight centimetres wide, show the distinctive features of eukaryotes; having cells with an enclosed nucleus like our own.

Until now, the earliest examples of multicellular life of a comparable size did not make the fossil record until around 600 million years ago.

This period of time – the Mesoproterozoic or 'boring billion' - was before the rapid emergence of complex life known as the ‘Cambrian explosion’.

It was believed that this period only featured microscopic and less complex forms of life.

The study has been published in Nature Communications.

Researchers examined a total of 167 fossils, each with its own distinctive leaf shape — some were tapered at one or both ends, while others were more rounded or tongue-shaped.

It appears that the large multicellular eukaryotic lifeforms appeared just after the very first eukaryotic cells.

Palaeontologist Professor Andrew Knoll from Harvard University, an author on the new paper, says the fact that single-celled life turned multi-cellular so quickly is pretty remarkable, but there is a much more exciting point.

He said that the specific shapes of the fossils suggested the possibility of photosynthesis.

“If you look at blade-shaped organisms like this today, things that are leaf-like or seaweed-like... almost everything that has that shape is photosynthetic, so this suggests that photosynthesis came to the eukaryotes fairly early in their history as well,” he told reporters.