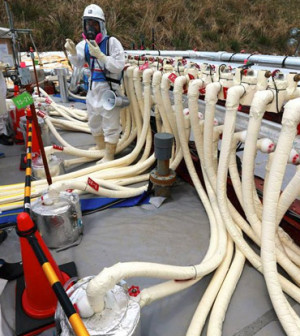 Researchers have reviewed the environmental impact of the 2011 Fukushima accident.

Researchers in Japan and New Zealand have reviewed the spread of radioactive fallout from the Fukushima Daiichi Nuclear Power Plant accident.

They were able to map the deposition, distribution and transport of fallout radionuclides, especially Caesium-137, in the terrestrial environment after the accident, using extensive and continuous environmental monitoring.

They found that human interventions high run-off and steep topography led to a rapid decline in the activity concentration of Caesium-137 in soils and rivers, especially in the first year after the accident.

The decline in exposed radioactivity was notably faster than that seen after the Chernobyl Nuclear Power Plant accident, likely related to differences in geography and climate, and the intensive remediation activities in Fukushima.

“For continued understanding of both natural and fallout radionuclide behaviour in the environment, there must be long-term accessibility of the data collected in response to the FDNPP accident,” the researchers say.