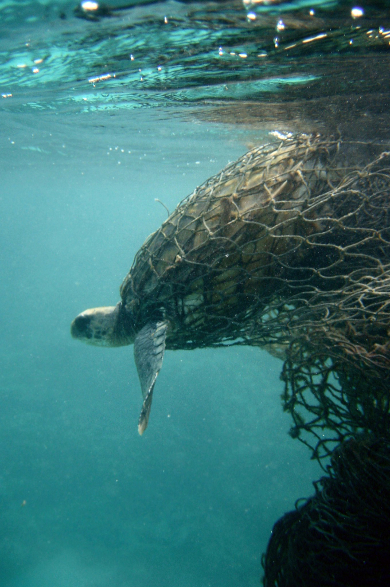 The Queensland Government is planning a crackdown on ‘ghost nets’.

The Minister for Agriculture and Fisheries, Mark Furner, will soon hand a sustainable fisheries policy to Parliament that covers the abandoned or illegal dumping of commercial fishing nets.

The crackdown will consist of “things like having your name and address marked clearly on your equipment, with heavier fines for those not complying with those rules”, he said.

Mr Furner said there would be fines, but the actual amounts will be “part of our overall discussions with the fishing sector”.

“We've seen whales die of starvation, they ingest the nets and then slowly over time they literally cannot feed and slowly suffocate,” the group’s executive director Simone Clarke said.

“Coral is also affecting with nets dragging along the floor, so as you can imagine anything in those waters is affected by these ghost nets one way or another.”

Ms Clarke said she is concerned about the role of illegal fishers.

“Invariably what happens when the [illegal] fishing is done, the nets are cut and discarded into the ocean and not found where they have been fishing,” she said.

“Obviously to hide the fact they're fishing there in the first place and then the impact on sea animals.

“[A total of] 800,000 tonnes of ghost gear are sitting in the ocean globally, roughly a tonne a minute.

“In the past Indigenous ranger groups have done an amazing job with clearing the beaches of getting rid of the nets, but with that comes great impact on the turtle populations.

“We are keen to engage the Government on getting the nets out of the water.”

Indigenous artists have been shedding a light on the issue of ghost nets by turning the marine debris into works of art.