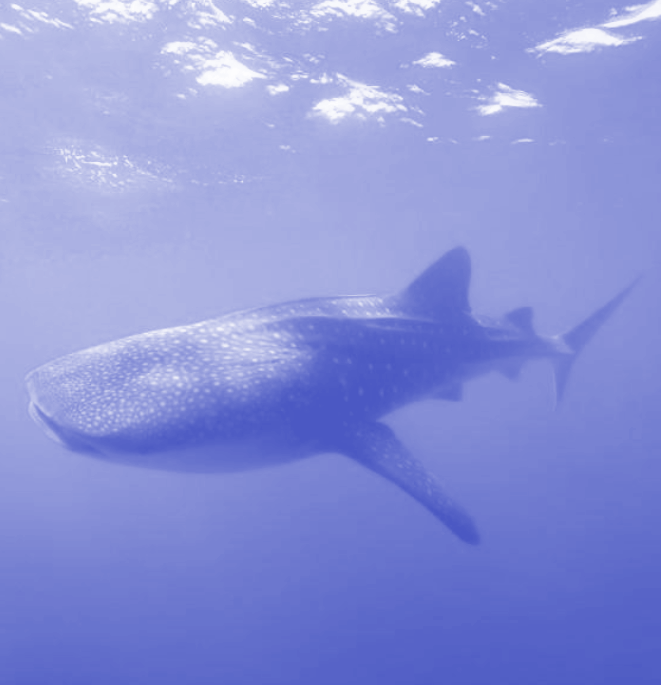 But when researchers analysed biopsy samples from whale sharks at the reef, they discovered the animals were actually eating a lot of plant material.

“This causes us to rethink everything we thought we knew about what whale sharks eat,” said Australian Institute of Marine Science fish biologist Dr Mark Meekan.

“And, in fact, what they’re doing out in the open ocean.”

The finding makes whale sharks - which can grow up to 18 metres long - the world’s largest omnivore.

“On land, all the biggest animals have always been herbivores,” Dr Meekan said.

“In the sea we always thought the animals that have gotten really big, like whales and whale sharks, were feeding one step up the food chain on shrimp-like animals and small fishes.

“Turns out that maybe the system of evolution on land and in the water isn’t that different after all.”

To find out exactly what the whale sharks were eating, the researchers collected samples of possible food sources at the reef, from tiny plankton to large seaweed.

They then compared the amino acids and fatty acids in the plankton and plant material to those in the whale sharks.

Dr Meekan said the whale shark tissue contained compounds found in Sargassum, a type of brown seaweed common at Ningaloo, which breaks off the reef and floats at the surface.

“We think that over evolutionary time, whale sharks have evolved the ability to digest some of this Sargassum that's going into their guts,” he said.

“So, the vision we have of whale sharks coming to Ningaloo just to feast on these little krill is only half the story. They’re actually out there eating a fair amount of algae too.”