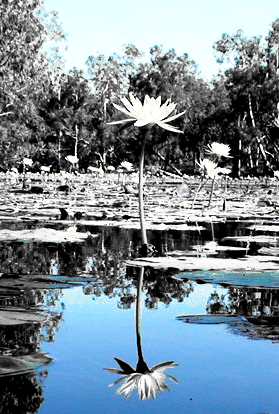 Researchers have created the world’s first global assessment of gaps in protection of the world’s rivers.

Griffith University’s Dr Simon Linke co-authored the study with freshwater scientists from around the world, using a high-resolution dataset of the world’s rivers to assess protection levels for systems globally.

They say the assessment - Looking Beyond the Fenceline: Assessing Protection Gaps for the World’s River - has only recently become possible.

It also reviews the 2010 Convention on Biological Diversity (CBD), which set a 17 per cent target for the protection of ‘inland waters’, including rivers.

While it was an accomplishment for countries to commit to a global conservation target for threatened freshwater systems worldwide, there was no good way to measure progress toward that target. This is because rivers are a connected system with local protection measures as well as upstream catchment protection contributing to the overall river health.

The study found that most river systems around the world fall far short of the 17 per cent CBD target, both for local protection and especially for protection of the upstream catchment.

Robin Abell, the lead author of the paper, says: “These findings help to highlight where there are worrying protection gaps for rivers, putting aside functional gaps arising from poor protected area management and ‘false’ gaps where landscapes and rivers receive de facto protection outside formal protected areas”.

Levels of protection vary widely by region; South America, dominated by the well-protected Amazon, has average local and integrated levels approaching 30 per cent, whereas both levels are under 10 per cent for the Middle East.  Levels also vary within individual basins for different river size classes.

In general, large rivers, such as the Volga, Colorado, Mississippi or Murray-Darling are the hardest to strategically protect and hence have the largest gap between the amount of local protection and upstream protection.

“It helps to guide us where future priorities for river conservation need to be set,” he says.