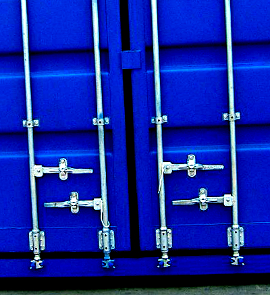 The global shipping industry is in rough waters.

South Korea's Hanjin shipping company collapsed in September, leaving 97 ships stranded with $14 billion worth of goods stuck on board, and owing $8 billion in debt.

“These ships cost the shipowner about $18,000 a day to put to sea, some of them have been accepting day rates of $750 a day. They are losing money hand over fist,” said Teresa Lloyd, chief executive of Maritime Industry Australia.

“This has been the longest and most sustained downturn in rates that any part of the industry has ever seen, it's absolutely dire at the moment.”

Woolworths, Big W, Masters and Pacific Brands have all had goods held up on Hanji ships.

“Hanjin had been in financial difficulty since the GFC in 2008. There's an oversupply of vessels in the market,” a partner at Ferrier Hodgson told reporters.

“Hanjin had been loss making for a number of years, particularly the last 5 years.”

While the stranded ships are beginning to be unloaded, selling the shipping company's assets has become the big challenge.

“They've sold in the order of $40 million which is a very small part of overall debt of $8 billion,” Ernie van Buuren, a lawyer representing businesses owed money by Hanjin told the ABC.

“They're small amounts in terms of service providers like tug operators, pilots in Australia, to larger amounts running in to the millions of dollars,” he said.

“They're not secured creditors which is part of the problem. Some of them are participating in the rehabilitation procedures in Korea at the moment.

“Whether they're likely to get money is still to be seen but it's not very optimistic.”

But selling Hanjin's ships will not be particularly easy, given that the global market is already oversupplied.

Ships ordered when the market was strong are still being delivered a decade later.

Now with China’s booming economy slowing down, the need is even lower.

The entire industry in a sort of consolidation phase.

In the wake of Hanjin's collapse, Japan's shipping giants K line, MOL and NYK are merging their container businesses, while other smaller companies are forecast to be swallowed up.

“The top 10 are really going to control about 77 to 80 per cent of world container fleet,” said Mr van Buuren.

Australian shipping companies are increasingly moving their headquarters to Asia for tax breaks and cheap labour.

“There's been at least half a dozen move to Singapore, move their headquarters, offices, take their strategic decisions. Singapore has done that very successfully, there's an economic cluster for Singapore,” said Ms Lloyd.

That means Australian suppliers to the shipping companies will see millions of dollars of their business going offshore.

“There's manning, crewing, providoring, stewardship … lifeboat manufacturers, paint companies, the service industries that make sure the ship is at sea,” she said.

“When head office making those decisions is in Australia, it's good for Australian businesses.”