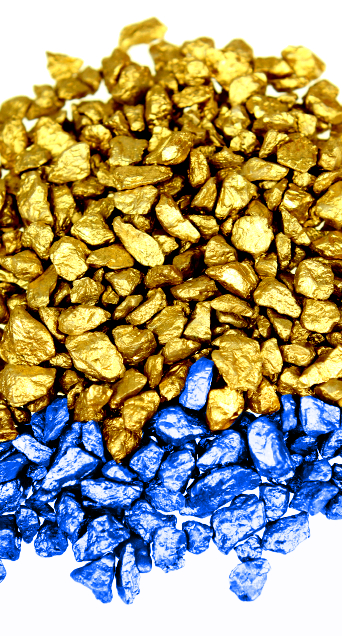 A Northern Territory gold mine is on its way back to operation, after shutting down over ten years ago.

The Mount Todd site near Katherine in the Northern Territory shut down when it went into voluntary administration in 2000.

Canadian company Vista Gold bought the mine in 2006, and has since spent $90 million restoring it to operation.

It is extremely worthwhile for the new owners, with the Mount Todd project holding about 10 million ounces of gold — a value of more than $15 billion at current prices.

But there are still significant obstacles holding back its final environmental approval.

The NT Environment Protection Authority (EPA) criticised Vista for its water management failings after a toxic water leak in 2013.

A pond at the mine site overflowed after heavy rain in February 2013, and the subsequent NT EPA report found it created some risk of environmental harm.

As part of its restoration effort, Vista has had to pump gigalitres of water from an abandoned mining pit that has turned into a vast reservoir.

But this only works during the wet season, when there is enough flow in the Edith River to mix in the treated tailings water.

“We've had a number of controlled releases this year.

“We've been able to release 1.3GL. The wet season hasn't quite delivered for us.”

He said the plans also hinged on the gold price improving.

“Getting the water out of the Batman mine is one of the tasks but really we need the gold market to change and be a bit higher before we go into production,” Mr Murdoch said.

“Once we've pumped most of the water out we'll take that sludge and we'll pump it into our tailings dam.

“That dam, when it's completely full with our tailings, we put a cap over the top of it of clay.

“It will dry out over time and be there and our grandkids won't have a problem.”

The NT EPA made 28 recommendations to Vista Gold for its project, including a monitoring program to plot the impact of dust on the threatened Gouldian Finch.

But NT Environment Centre director Anna Boustead has told the ABC that she has not seen any progress report following the recommendations.

“The clean up for these sites is paid for by the tax payer unless the NT government holds these companies to account,” she said.

“We don't know what that amount of bond is because that's not publicly released. All we have is their word, we don't know that they have that money there.

“That waste rock needs to be managed properly so it doesn't leach acid into surrounding water ways.

“To say that it may or may not be economically feasible in two generations time I think is beside the point.

“Our concern now is that right now there's a clear threat to the environment that needs to be managed by that company,” Ms Boustead said.

Vista Gold has moved to assure the public that it would be able to rehabilitate the mine, even if it went bust like the previous owners did.

“We have to put 100 per cent of what we think it's going to cost to rehabilitate the mine, or close the mine, into escrow, before we start the project,” Mr Murdoch said.

“If on day two, the mine closes then that money is available to rehabilitate the mine.”