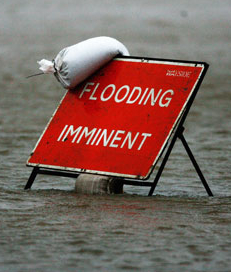 A Victorian council has admitted the mismanagement of millions of dollars in flood funding.

State and Federal Government poured over $30 million in flood recovery funding into the council in the aftermath, but now six years later there are many buildings waiting to be repaired.

This has prompted questions about where the money has gone, but most remain unanswered.

The entire Central Goldfields Shire Council was sacked by the Victorian Government over financial mismanagement earlier this year.

Former council chief executive Mark Johnston faces over 60 charges of fraud and deception, but these do not relate to the mismanagement of flood recovery funds.

The Federal Government reportedly supplied just under $31 million in flood recovery funding to the Central Goldfields Shire Council over a five-year period starting in 2011, while the State Government committed a further $1,325,885.

Central Goldfields Shire interim administrator Vince Haining said the administrators do not contest claims that the grants were mismanaged.

It is unclear specifically how much of the flood recovery funding was mismanaged.

“The community of Carisbrook has raised concerns regarding potential improper use of State Government flood grants to the shire,” Mr Haining said.

“The Chief Municipal Inspector's August Report findings confirm this assertion to be justified.”

Mr Haining said plans to address the failings are in progress.

“Council will review the grant acquittal process and subject the processes to periodic auditing through an internal audit program,” he said.

“It will also ensure a clear audit trail is provided with full auditability on all grants.

“The delivery of these actions will ensure that the mismanagement in the past isn't replicated in the future.”