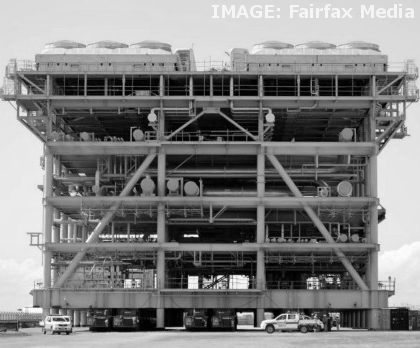 Over 1,000 workers employed by contractor Chicago Bridge and Iron at Chevron's offshore project on Barrow Island voted in favour of industrial action on Monday, as part of a fight for a more family-friendly roster.

They are currently rostered to work 26 days on and nine days off, but they want a more family-friendly 20 days on, 10 days off.

The Australian Manufacturing Workers Union (AMWU) and the Construction, Forestry, Mining and Energy Union says the workers are prepared to take industrial action, but would be open to negotiations first.

AMWU delegate Steve McCartney said the workers would be willing to take a pay cut of about $8,000 to effectively buy more time with their families.

But Western Australian Chamber of Commerce and Industry chief executive Deidre Willmott said more time off would have to be matched with improved productivity.

“Many ordinary Australians would be envious of the high wages and generous working conditions these workers enjoyed before this strike action was pushed through,” she told ABC reporters.

“As the majority of the resources industry is cutting costs in response to market conditions, people must be shaking their heads at this destructive and self-defeating industrial action.”

“Make no mistake, if the unions walk off the job it will not just hurt Chevron, it will make investors think twice about developing new resources projects in Western Australia which will hurt economic growth and job creation,” Ms Willmott said.

The Gorgon project is now around 90 per cent complete, but remains months behind schedule.

Chevron was planning to ship the first LNG cargo before the end of 2015, but now says it will not happen until 2016.