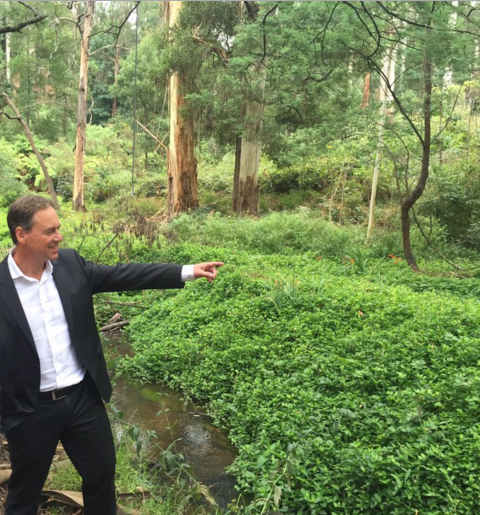 It’s official – Environment Minister Greg Hunt is the best in the world.

Mr Hunt has been singled out as the “best minister in the world” at the World Government Summit in Dubai, taking home the award designed to recognise “successful leaders... who lead quality successful initiatives” for the “benefit of the general society”.

Media company Thomson Reuters put together the short-list of 10 candidates and the judging panel for the award, whose winner had to be “highly credible among his peers and the general public”, according to the criteria.

Mr Hunt told reporters he was “genuinely humbled” by the prize that he said “is really an award for Australia”.

The environment minister that scrapped carbon trading and replaced it with a dubious alternative, overlooked the environment when approving the Carmichael mine, speaks in favour of coal and has a questionable record on wind power, was recognised largely for his work with international authorities.

Mr Hunt is seen as having played an important role in the UN world heritage body’s decision not to list the Great Barrier Reef as “in danger”, after he announced a limited ban on dredging in the area. He has since been criticised for approving dredging to expand a coal terminal in north Queensland.

He was also recognised for efforts that get less press in Australia, such as his work negotiating the phasing out of synthetic greenhouse gasses.