Huge Snowy flows not enough for some 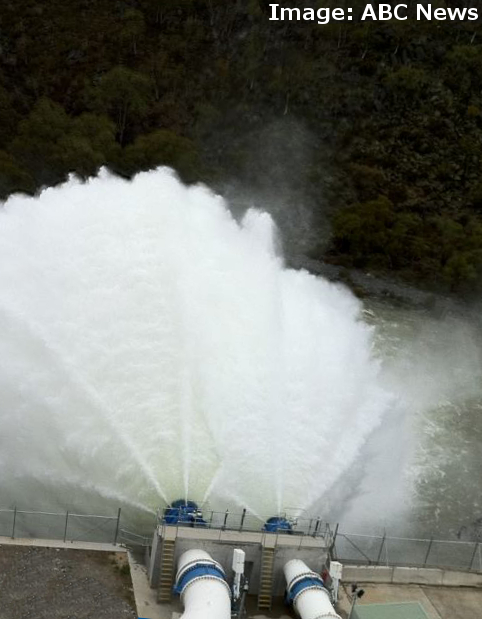 Billions of litres of water have flooded the Snowy River in efforts to revive the parched river.

A single pulse of 10,000 megalitres was released over just eight hours this week, as part of a two-week series designed to mimic the natural spring snow melt.

The river has been facing dire straits, with annual flow rates down to a mere 1 per cent by construction on the Snowy Hydro Scheme.

The hydro-electric power station scheme took 25 years to build, completed in 1974, but the decimation of the river continues to play out.

Annual pulses are now undertaken to flush out sediment on the riverbed and help fish spawning.

But some say it is not enough.

In 2002, Governments of New South Wales, Victoria and the Federal Government agreed to get back to 21 per cent of the pre-dam flow rate.

Twenty-one per would equate to 212 gigalitres, but only 157 gigalitres will actually flow past the dam this year.

Authorities say they could not avoid falling short, as some of the water entitlements bought for the environment depended on weather conditions and other factors.

Indigenous groups who trace their heritage living and fishing on the unrestricted Snowy River say the mouth of the Snowy remains clogged.

The Snowy River Alliance says not enough has been done to meet the agreed target, and the scrapping of a key advisory group has hindered the improvements.

The NSW Government replaced the independent Snowy Scientific Committee this year, swapping it out for a community advisory committee which includes reps from Snowy Hydro.

Community groups say government money and valuable science has been removed from the watering process, leaving to the companies involved to determine the best way forward.